From a small lab in Melbourne, Professor Vasso Apostolopoulos hopes she is working on something big.

The immunologist from Victoria University, who has spent more than 25 years developing potential vaccines against cancers and viruses, has now joined the race to find one for COVID-19.

"I'm really passionate about this research on coronavirus because I bring in my expertise from other fields,” she told SBS News.

“I’ve been able to bring all that information to develop a vaccine for coronavirus, so it's really exciting." 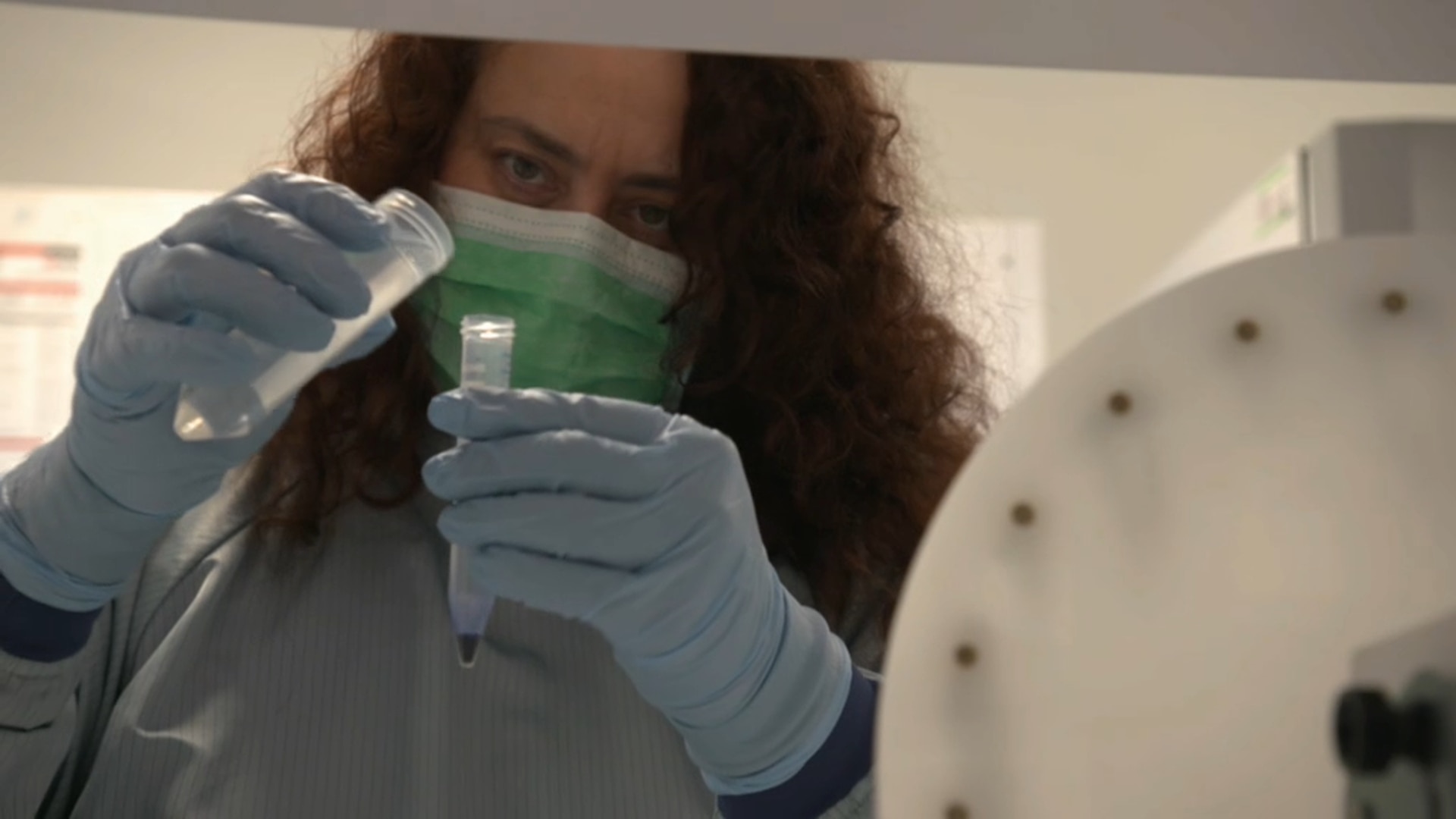 Professor Vasso Apostolopoulos in her lab in Melbourne.

She said the biggest challenge about the work is how little scientists still know about the virus and the fact it is “changing all the time”.

But the science community both in Australia and overseas are determined to find some answers, and by sharing information and breakthroughs, Professor Apostolopoulos is confident there’ll be a vaccine soon.

"The vaccine is a little bit of the virus, something that's either synthetic, [or] it could be an inactivated form of the virus, so it's not going to affect the human, but enough for the human to see it and make an immune response," she said.

“So that's what we know, and what we need to develop."

Professor Apostolopoulos's team is also working on potential COVID-19 treatments, using drugs already available on the market and adapting them to treat the symptoms of the virus.

They hope to start clinical trials with the drugs soon.

Where is Australia at with a vaccine?

Professor Apostolopoulos is one of dozens of Australian scientists using their expertise to help in the global search for a vaccine.

The federal government has also said it is moving to secure deals with a range of different companies regarding a vaccine.

Health Minister Greg Hunt confirmed on Sunday the government is in talks with companies both locally and overseas. 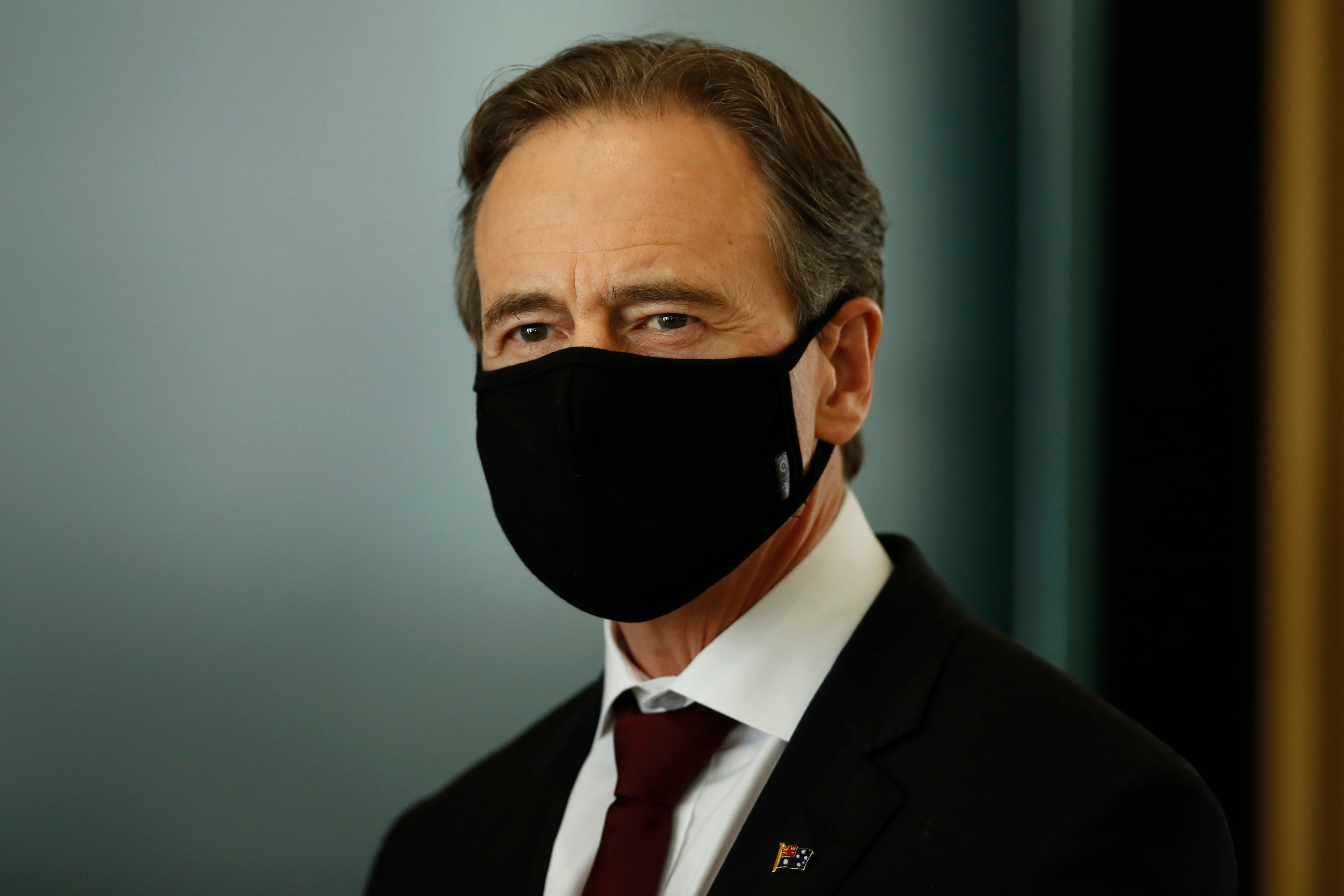 Greg Hunt said he is "optimistic" about securing a vaccine by next year.

"We are well placed, highly advanced in our negotiations, and for the first time I feel cautiously but genuinely optimistic about the prospect of the vaccine,” Mr Hunt said.

The government is also examining onshore manufacturing, including through the pharmaceutical giant CSL, that would pave the way for the production of vaccines in Australia.

China, the US, and several European countries have already ordered millions of doses of experimental vaccines.

But Labor Health Minister Chris Bowen said Australia had fallen behind other countries in securing a vaccine deal, calling on Mr Hunt to "assure us that we are not at a disadvantage because we are so far behind the rest of the world".

"Three billion doses of the vaccine have already been accounted for through 20 other agreements being entered into by other governments," he said.

Where is the rest of the world at with a vaccine?

Globally there are around 30 vaccines that have reached human trials.

The furthest along is the Oxford University trial in the UK which has begun phase three and will test the vaccine on thousands of people in Brazil. American biotech company Moderna and Chinese company Sinovac aren’t far behind. A volunteer during a coronavirus vaccine development announcement in Brisbane in July.

Flinders University’s Professor Nikolai Petrovsky and founder of biotechnology company Vaxine said his team is so far seeing positive results but there is still some time to go.

"To get a vaccine all the way through the clinical trial programs, and to show that it's working, is going to take at least until the end of this year, potentially into early next year,” he said.

Professor Petrovsky said the phase two trials of his vaccine will focus on testing a broad range of people, including more vulnerable groups such as the elderly. “They are the people that we really need to protect. The irony is that a lot of the work on vaccines is being directed at how to protect young people and so the elderly are being a bit ignored,” he said.

“So we're particularly interested to go early into those vulnerable populations because that's where the vaccine is going to ultimately need to work, and where it will have its biggest impact."

'Getting to the top of Everest'

Phase three, which Professor Petrovsky described as “like getting to the top of Everest,” will be the biggest challenge.

For his team to properly test the vaccine in the population, they will have to send it to a country where the virus is in the community.

Most vaccines in phase three will be sent to countries in Latin America, the US, India or South Africa, which are currently hardest hit by COVID-19. Phase three trials will be conducted in countries heavily impacted by the virus, such as India.

While Professor Petrovsky said the government should be assessing all its options as vaccine development moves forward, he said it’s too soon to be investing in any at this stage.

He's “disappointed” by the government’s little investment in Australia’s contenders, he said.

“It’s confusing - I think not just for us but a lot of other scientists in Australia who think they have good vaccine ideas and projects - that the government doesn't seem to be that interested in what's happening locally.”

Professor Tony Cunningham, the co-director of the Westmead Institute's Centre for Virus Research and part of a team of scientists advising the government, said it is important we don’t put all our eggs in one basket. If we get a coronavirus vaccine, should it be mandatory?

"You can fall over at any time during this process and so if you try and judge this ahead of time, you can say 'yes that looks good, and maybe we'll put our money on that vaccine candidate', but it may not necessarily work in the long run,” he said.

While the government hasn’t named any particular vaccine developers, Mr Hunt confirmed it has signed non-disclosure agreements with two companies, but said it is yet to lock in anything concrete.

'Years of work ahead'

The majority of experimental vaccines fail during clinical trials and Professor Cunningham said it will be no different for most of those made for COVID-19, especially given the speed at which they’re being developed.

"The vaccines I've been involved in took 25 years ... The fastest before COVID-19 was four years. But this is going to break records,” he said. Professor Tony Cunningham said the speed of developing this vaccine will break records.

For that reason, he said it is important every vaccine goes through all the necessary phases of testing before being brought to market.

"Short-circuiting this process runs the risk of not understanding the efficacy of the vaccine and not being sufficiently assured that the vaccine will be safe."

Professor Cunningham said even once a vaccine is found, there will still be years of work to go on improving and adapting it over time and that’s where Australia will be able to show its strength. “Immunity declines in older people so we may need special vaccines [or] second generations as we've seen with influenza,” he said.

“That's where Australia's expertise will be really important, in making sure that we perfect and improve vaccines which may not be the best first up.”

The post about “This is how Australia is tracking in the race to find a coronavirus vaccine" first appeared on the SBS Australia website.