A tale of two isolations

I take the last flight out of Paris before the borders close, travelling to Argentina to shoot the second half of a film that is two years in the making - the story of Pedro Luca, an 83-year-old who has lived in a cave by himself for longer than I have been alive.

But as I land in Buenos Aires, the city goes into lockdown.

Suddenly, I am as isolated as Pedro - him in a cave in the middle of the Tucuman mountains; me hundreds of miles away in an apartment on the second floor of a concrete block, with a small balcony as my only window to the world.

More than 1,300km (850 miles) away in the wilderness, Pedro has his own cougar to worry about - the mountain lion stalking his surroundings and picking off the goats whenever it gets hungry.

Cougars for Pedro, coronavirus for city dwellers - we are all faced with our predators, our fears, and our instincts.

In the apartment, with nowhere else to go, I keep an audio-visual journal against loneliness.

I begin filming the city and its inhabitants from my balcony, suspended above the deafening silence of the megalopolis, which normally counts among the noisiest in the world. I film other balconies; I make eye contact; I follow day-after-day the goings-on in the visible lives of my neighbours.

Pedro Luca, 83, has lived alone in a cave for the last 45 years [Mathieu Orcel/Al Jazeera]

For Pedro, who has lived in isolation for 45 years, the days continue as they always have - marked by a series of physical activities, which give him very little free time to procrastinate.

He walks through the mountains that are his home, picks up wood, watches in silence for the invisible presence of the cougar, much more feared than the virus we hear about in the national media. Returning to his cave, he looks around before entering, moving slowly, with careful but confident steps, a machete in one hand, a rifle in the other: "You can never be too careful," he repeats often.

In the apartment, I pace, I drink coffee, I make virtual calls to connect with people I know, while the only real humans I meet are at times of food delivery. Through my viewfinder, on a small terrace opposite my flat, I see an old man and his dog in the sun. The dog barks as it runs in a loop, trying in vain to grab its own tail.

This becomes a sudden symbolic image of the urban quarantine we all now find ourselves in. All besides Pedro, who is not restless like the rest of us. For the city dweller, isolation implies the absence of interactions, and therefore the absence of activities.

But Pedro, in his self-isolation, is full and complete.

When I first arrived at Pedro's Tucuman cave two years before, after a four-hour walk from the nearest village, I found an active, smiling man whom I had trouble keeping up with even though he was double my age.

Pedro's cave is a discreet refuge in the middle of nature. It is an oval cavity, like a sphere cut in half and diagonally, the opening concealed by large trees. Inside, there are food nets, a bed with two old mattresses, a fireplace in the centre, and all around him, nature - immense, untouched forest and mountains.

Pedro escaped from his home village at the age of 16. For him, the company of others was too noisy. He sometimes evokes in half-words the difficult experience of being recruited by the army and sent to Bolivia as a young man. Even if he refuses to discuss many details, I sense that the experience was not positive and that it affirmed his desire to escape from life in society.

I miss nothing and no one. It's quieter here.

At first, when he moved back to the Tucuman region, the inhabitants of his village did not hear from him until he was set up in his cave - that was 45 years ago.

When asked if he misses people, or objects, or aspects of life in society, his answer is firm and always the same: "No, I miss nothing and no one. It's quieter here."

Pedro's days might seem to be all alike to the outside eye, but each is unique. By its sunshine, its temperature, the animals that will cross his path, the surprise of an encounter, human or animal, good or bad.

In isolation, he finds refuge, a way of life, but above all, a spirituality.

"It is set back from the world that our spiritual path can open," he says. 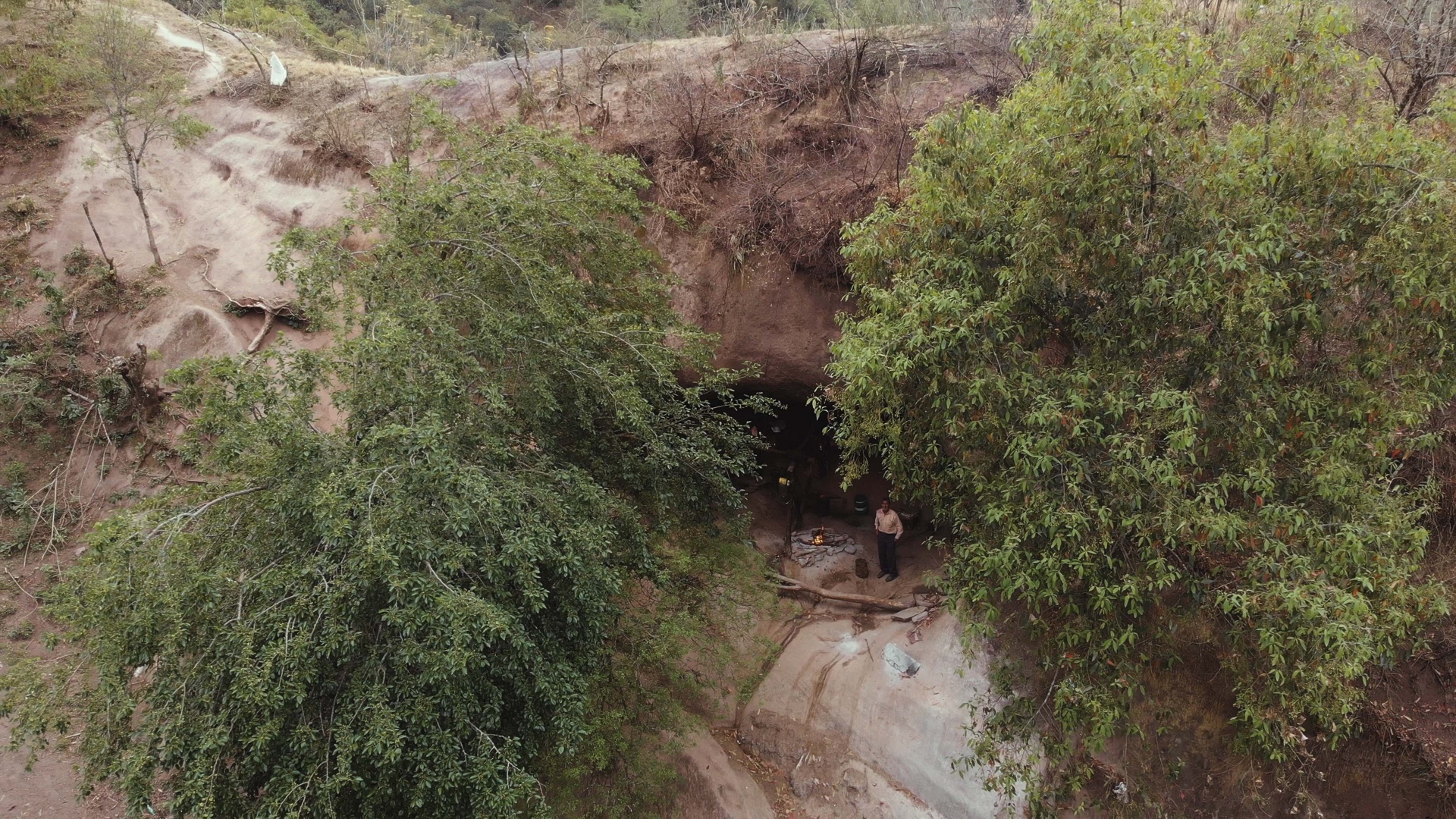 For us filmmakers, our observations are the bonds of war; they give us direct contact and immerse us in the realities of our characters. Sitting on my balcony in quarantine, I think of my first visit with Pedro, all that I had seen and that he had told me, and I wonder if in this new world, my profession, in its classic form, is dead? Will directors remain in a state of suspended animation, the stories we could tell getting lost in the meanders of virtuality?

Personally and professionally, being sociable is in my nature. I see almost everyone as a potential actor in a documentary film, and without a social outlet - and no way to film Pedro - I feel frustrated, almost imprisoned like an animal in a zoo without a purpose or a goal.

Fortunately, we find a creative approach. With coordination between my executive producer in Doha, myself in Buenos Aires and Pedro's nephew whom I had met the first time I filmed him, we formulate a plan. His nephew will meet Pedro and film him at the cave, while I will liaise from afar. And the film about Pedro's isolation will change into a story of mutual isolation - on one hand, the forced isolation of a city quarantine, and on the other, the joyful solitude of a man in his cave.

It is set back from the world that our spiritual path can open.

The whole process comes to a close when the local team manages to find a cellular network point near the cave, and I am able to have a video call with Pedro. It is a surreal situation, but one that does not unseat him. Our discussion, chopped up by a bad connection, quickly turns to two things: cougars, of course, and the desire to meet physically. While my focus is on documenting Pedro and his extraordinary life, he simply wonders when we will meet again - film or no film - just to further discuss our common experiences in person.

I realise afterwards that the experience of social deprivation was like an amputation for me. And like an amputee who still feels their absent limb moving, the virtual part of relationships via the internet had a similar effect on me: a feeling of contact, but without real existence.

In isolation, I missed people, their conversation, their gazes, their experiences. But paradoxically, it was introspection that served me the most and helped me survive isolation, because as Pedro said, loneliness opened up a new spiritual path for me, too. I had to move beyond myself to be able to resume filming; I had to surpass my work habits, my natural reflexes, my communication with others, to find another way. 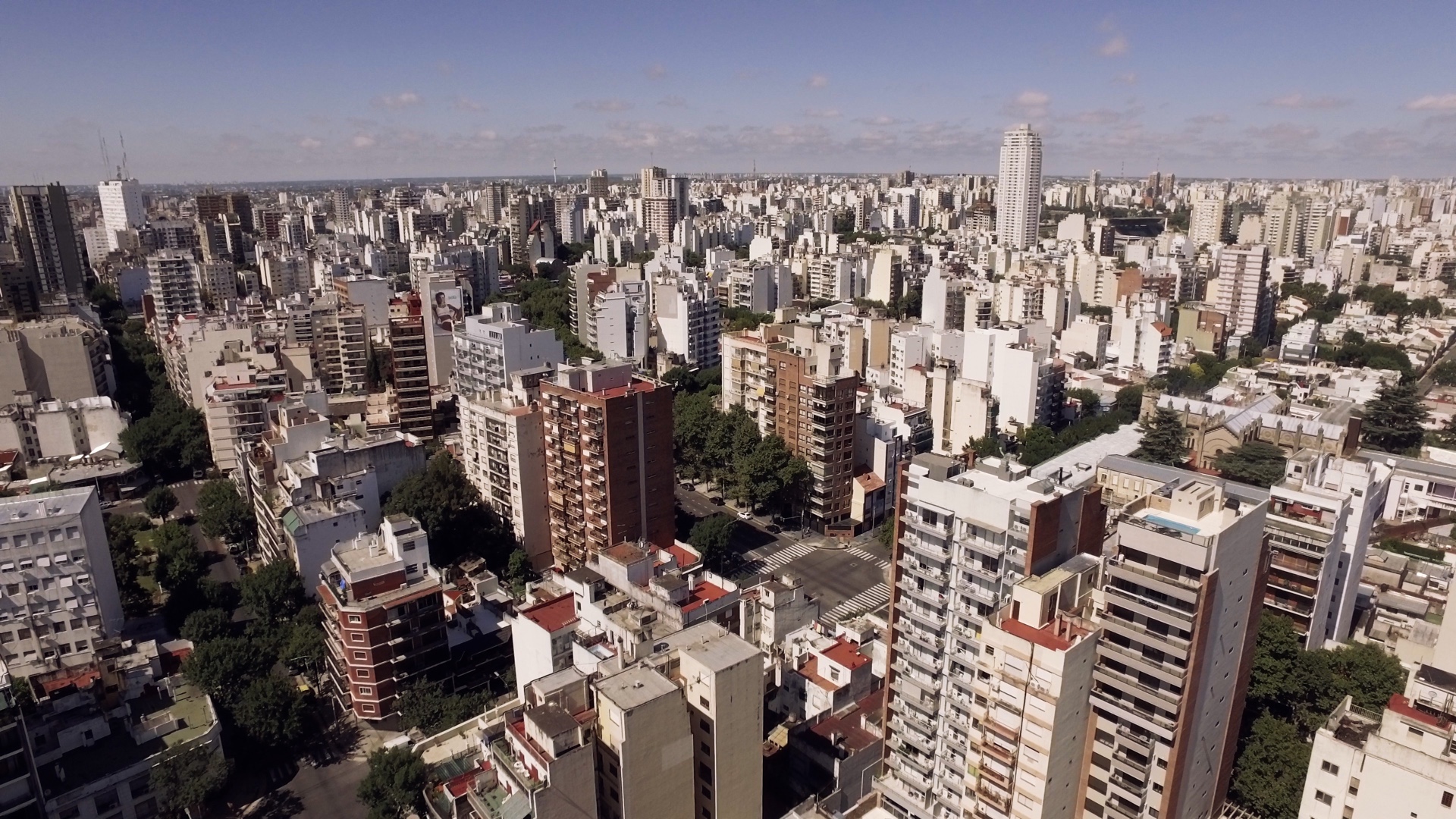 Links in a chain

After 14 days of quarantine in Buenos Aires, I am repatriated to France, to the countryside, where I isolate for two additional months and complete the film.

Watching the rushes, the most striking contrast between the city and the cave is the noise. In the city, all our objects are electric and noisy, from the coffee machine to the razor, the television and the ubiquity of social networks and digital communication. Not to mention the noises linked to the absence of solitude, or to the omnipresence of others: conversations, shouts, insults, sweet words, social representation.

In the cave, any noise that breaks the natural silence is a sign of a being, an event, an upcoming meal, or a predator. There is no electricity and man is brought back to his manual capacity. Pedro's tools are silent; they do not move by themselves, nor are they automated. He is the one in control. And any effort he makes or action he takes are sounds of his own choice and self-sufficiency. 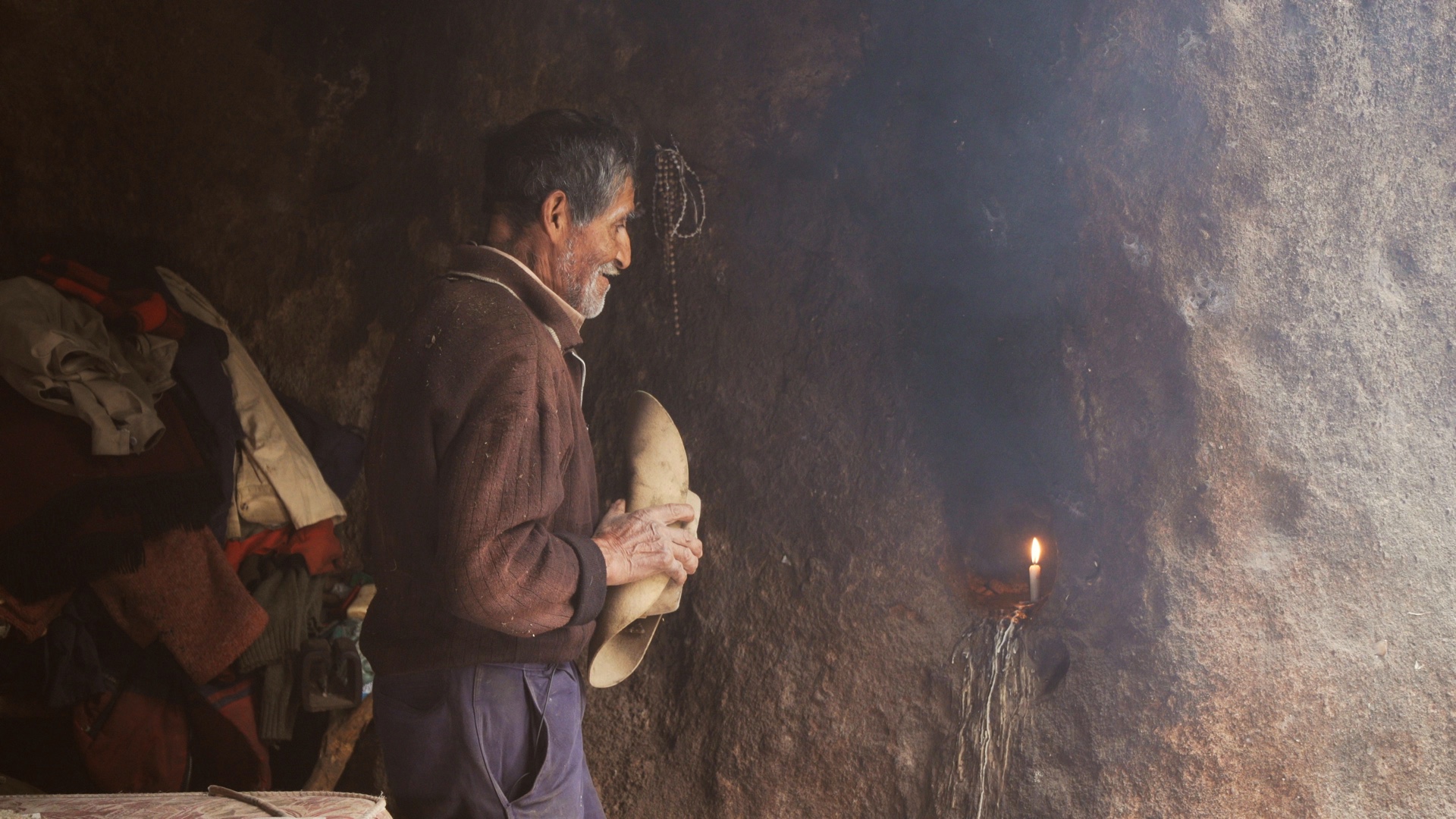 Self-sufficiency - that of countries, but also of individuals - is precisely what the COVID-19 crisis has highlighted. Dependence on others had hitherto been normal, almost part of the human condition and the basis of globalised capitalism. But when it came time to stock up on masks and gloves, we realised it was vital to be self-sufficient, at least when it comes to the essentials: health and nutrition.

This is why Pedro, an extreme symbol of autonomy, has now gone from the marginal to the model. He fascinates with his tranquillity and wisdom in the face of years of isolation. As a contemporary "caveman", he shows us that the natural way of life is his way, and that we - especially in towns and cities - have completely adapted away from it.

"We must not be afraid of death," Pedro says to questions about the health crisis, even as he lives with threats from wild animals and the elements on his doorstep. Meanwhile, in our modern societies, the fear of death has been pushed to its climax, with our strong drive for immortality - be it from actual scientific developments or the promise of celebrity.

We must not be afraid of death ... We are all part of the same group, we are all human, we must not ignore each other.

Why does Pedro not fear death? Probably because in his daily life he meets her every day when working to get food, or because the cougar has come down to collect some of the goats that keep him company. And most likely, because he knows he is a link in a chain.

So, when Pedro prays in his cave, with his little candle, and declares that "we are all part of the same group, we are all human, we must not ignore each other," he ultimately calls to respect the autonomy and individuality of each being, of each life.

Pedro first left for the wilderness because of the exploitation of man by man, but in talking to him, there is a very real sense that he knows man can also be a god for man.

Although his solitude is a refuge - plexiglass to protect against human nature and its microbes - it is also a tribute to life and to humanity, in our capacity to be unique and free.

And as we look to the "world after COVID-19", hoping it offers a substantial difference from the one before that has led us to this point, perhaps Pedro's unique coexistence with the ecosystem around him, and calm acceptance of what life has to offer, can serve as inspiration for us, too.