Australia's coronavirus death toll has risen to 201, with Victorian leaders considering New Zealand-style lockdowns to get community transmission under control.

Victoria on Saturday reported the deaths of a man and two women aged in their 80s and 90s, and 397 new cases.

The state's chief health officer, Brett Sutton, said stricter lockdowns like those enforced in New Zealand were being explored. Under the Kiwi model, all businesses would shut down except for essential services.

Melbourne restrictions could be escalated from next week, with The Sunday Age reporting the city may be placed under a six-week period of tighter constraints.

Such restrictions would include the almost complete shutdown of Melbourne's public transport network, starting from Wednesday.

Premier Daniel Andrews is likely to announce the new measures on Sunday or Monday, according to the Sunday Herald Sun.

Plans reportedly also include limiting the distance residents could travel from their homes and the closure of more businesses selling non-essential goods. 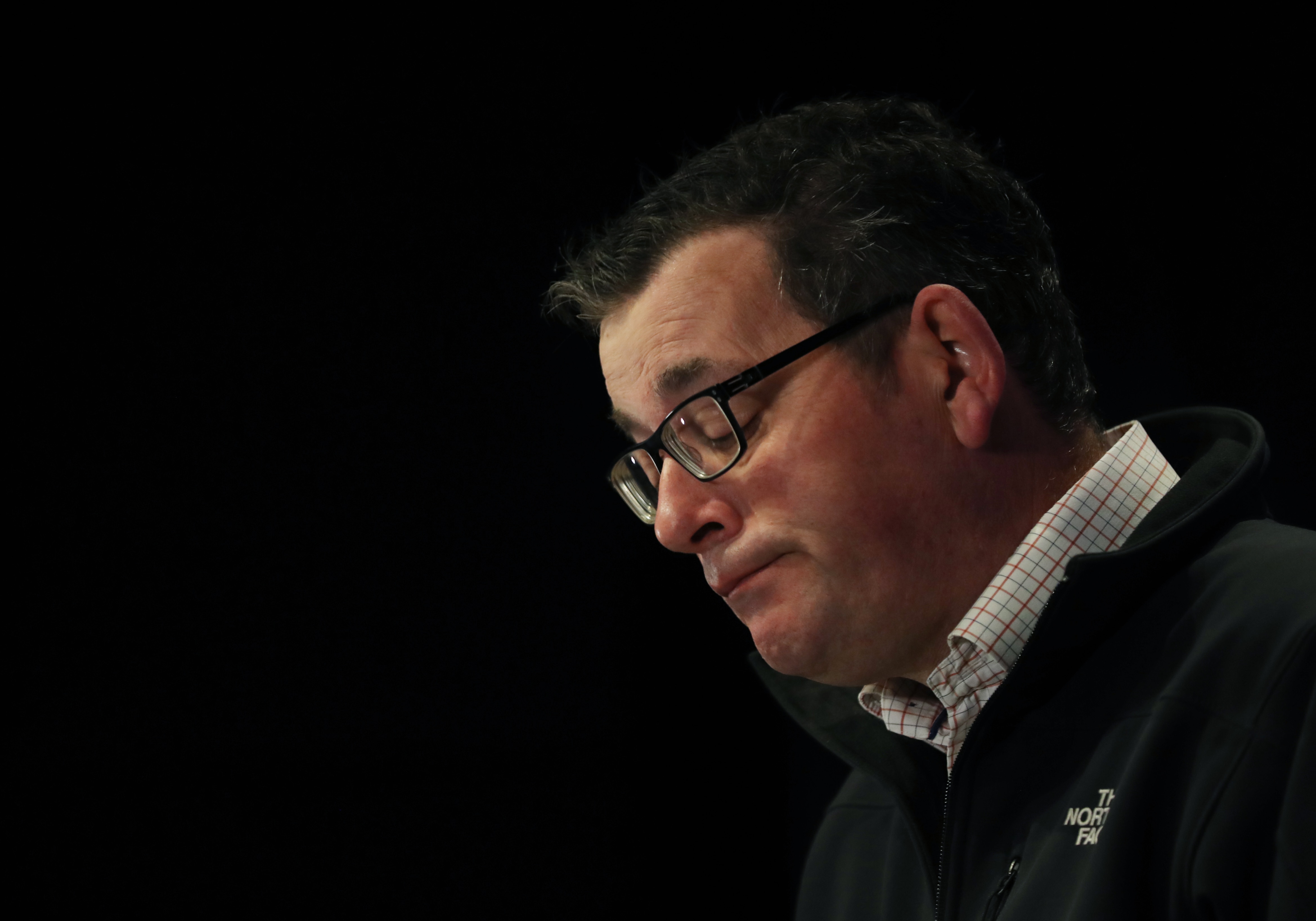 Decisions would be based on state and national modelling, which Mr Andrews wants publicly released.

He warned those willing to go out of the home after testing positive were making a "life or death decision" on behalf of other people.

Dr Kidd encouraged more people to use the COVIDSafe phone app, saying it would be able to detect positive cases nearby, such as in restaurants or in a supermarket queue.

He said nationally there were 50 people in intensive care, 41 of whom are in Victoria.

NSW on Saturday confirmed 17 new cases, coinciding with the closure of several Sydney venues for deep cleaning and contact tracing after being linked to coronavirus. At least one of the 17 new cases has no known source of infection.

An 83-year-old man connected to the Crossroads Hotel outbreak in southwest Sydney died on Saturday, taking the NSW death toll to 52.

Queensland's latest case of COVID-19, confirmed on Saturday, is a woman who may have been infectious while working at a Brisbane nursing home.

The facility at Pinjarra Hills in Brisbane's west had already been locked down and staff and residents are being tested after the woman's husband tested COVID-positive on Friday.

The sunshine state on Saturday imposed tighter border restrictions, adding visitors from greater Sydney to the banned list, along with all people from Victoria.

Adelaide is set to receive 170 people on Saturday on a repatriation flight from India, with all going into hotel quarantine. Officials are expecting at least some to have COVID-19.

South Australia also recorded a new case of COVID-19 on Saturday - a man aged in his 20s who had returned from interstate and has been in quarantine.

The Northern Territory has reported one new case of coronavirus - a woman who travelled from Melbourne.

The post about “Australia's coronavirus death toll shoots past 200 while Melbourne braces for tougher lockdown" first appeared on the SBS Australia website.