Who is eligible for Victoria's new pandemic payments and how crucial are they to stopping the spread of coronavirus?

As Victoria struggles to contain the second outbreak of coronavirus, its government has expanded its financial support for workers who get a COVID-19 test.

It comes after data showed nine out of 10 people who had symptoms of coronavirus were still going to work and criticism that the state government wasn't financially supporting people in insecure work to stay home.

So who is eligible for the payments and will it help bring the numbers of new cases down?

What support is on offer?

Victorians who have taken a coronavirus test can now access a $300 hardship payment to enable them to self-isolate while they await the results.

This is an additional payment to a one-off $1500 hardship payment for workers forced to self-isolate for two weeks, either because they have tested positive or had close contact with someone who has.

That payment was announced last month, but it has reportedly had a low take up. 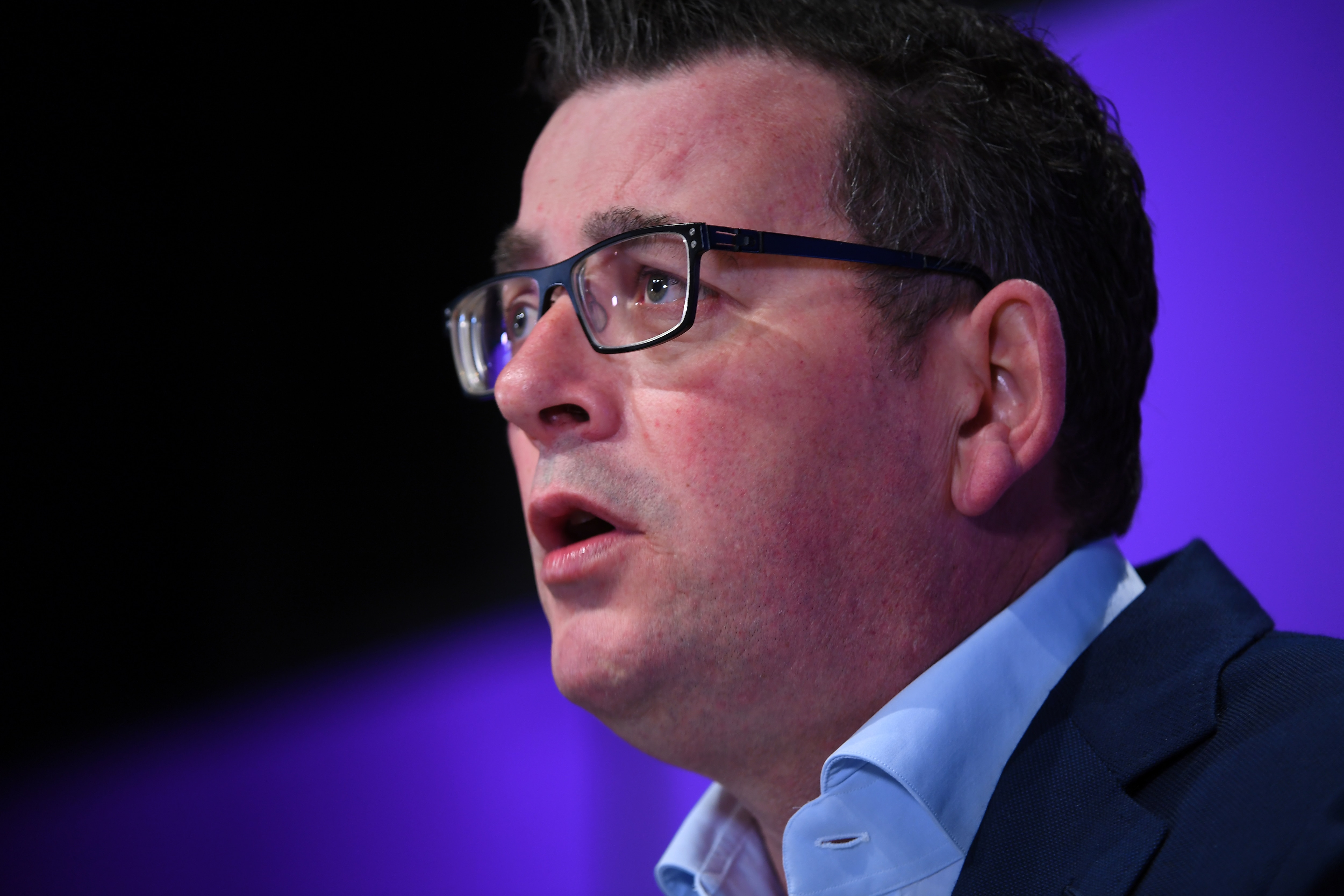 Who is eligible for the payments?

The same eligibility criteria applies to both Worker Support Payments, $300 for those awaiting a test result and $1,500 for those who receive a positive test.

Recipients must be in continuing employment and currently live in Victoria. This includes those on temporary protection visas and temporary working visas.

Both payments are also available to parents and guardians of children under the age of 16 who have tested positive or are a close contact of a confirmed case.

There is no payment available for those who have symptoms but who do not get tested.

Victorians wishing to access both payments can register via an online form on the state government website or call the coronavirus hotline on 1800 675 398.

Applicants must provide a payslip or statutory declaration proving their employment, as well as "evidence of having taken a test". As some people receive their results via a phone call, some questions remain about how people prove they undertook a test.

There are also concerns the information is not reaching those who really need it, particularly those from migrant backgrounds who may struggle to understand English.

Will it stop the spread?

On Thursday, Mr Andrews said he believed the $300 payment would be important in stopping infectious people mixing in the community.

"This $300 payment will go a long way to supporting those families, and having them make much better choices," Mr Andrews said.

"If you’re sick, get tested quick and then isolate until you get a test result."

Mr Andrews assured Victorians that applying for both payments would be simple and quick.

"This is about trying to make sure being an earner doesn’t compromise or see you making bad choices for every other family across our state so this ensures that people are no worse off."

Public health experts and unions have praised the move, but some have questioned whether it's enough to keep people away from work while they await their test results.

"I think it will be enough for many workers who would otherwise be considering going to work between the period of getting the test and getting the result and who will now stay at home."

Mr Hilakari said it was "terrible" for families to have to chose between putting food on the table, paying the bills and keeping their jobs, or keeping others safe and healthy. He said the problem was a result of  "the scourge of insecure work across our nation".

Australia has a high rate of insecure work by world standards, with one in three workers in insecure employment, including many migrant workers.

The key to the new payment's success is its speed, Mr Hilakari said.

"We need to make sure it gets as quickly into people's pay packets as a normal wage would."

Epidemiologist and public health specialist Dr Tony Blakely said the new $300 payment was "a step in the right direction".

"Is it enough? Not sure," he told SBS News. But he added the money would be well spent if it helped stop Victoria's outbreak spiralling out of control, especially compared to the cost of Melbourne's continued lockdown.

"Spending a little bit of money now can save a lot of money down the track." 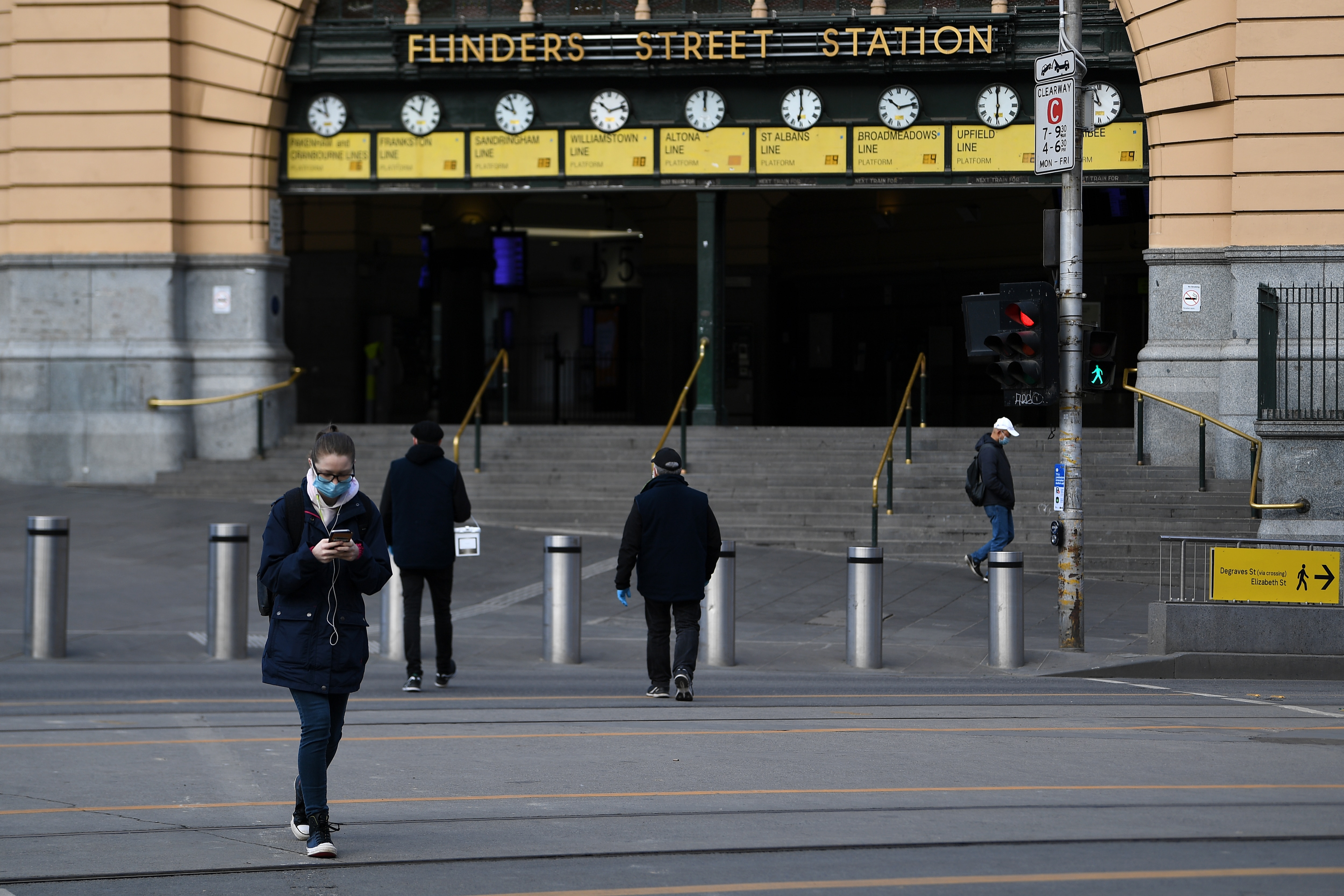 People are seen wearing face masks outside of Flinders Street Station in Melbourne.

Public health physician Associate Professor Nathan Grills at the University of Melbourne told SBS News $300 was "insufficient" if you had to wait more than two days for a test result.

Residents in regional Victoria have reportedly had to wait up to two weeks for a result, which Professor Grills said was "unacceptable".

The best way to encourage people to get tested and to self-isolate is to increase capacity in laboratories to ensure quick turnaround of test results, he said.

"People don't want to be out of action for what may be a minor cold. It's really important that we improve our ability to get test results to people as soon as possible."

What about the proposal for paid pandemic leave as well?

The United Workers Union Victoria (UWUV) has throughout the health crisis called for paid pandemic leave of two weeks for all workers as a minimum standard.

The Fair Work Commission is set to consider paid pandemic leave for workers in aged care, but unions say the entire economy should be covered.

UWUV spokesperson Susie Allison said it wasn’t fair that workers were forced to use up annual leave entitlements before accessing the payment.

“We want to see paid pandemic leave so workers are not forced to use up their leave entitlements and have nothing left, or have to go without pay if they’re prevented from working," she said before Thursday's announcement.

Secretary of the Australian Council of Trade Unions Sally McManus has called on the Victorian government to financially compensate people forced to isolate at their normal pay rate.

"Pay people as normal, otherwise this will keep happening. People will convince themselves they are not infected because they will be anxious about a big pay cut," she tweeted on Wednesday.

What should employers do?

Dr Blakely said the new payment was a signal to employers on how important it is to allow staff to stay home if they could be infectious.

"There are employees or casuals who are scared that if they don't turn up for a shift they will be thrown to the bottom of the list and they won't get shifts for X number of days or weeks," he said. "That's the next thing to tackle I think.

"The $300 should make it clear to employers that this is really important. There's nothing like money on the table to make people go, 'this matters'."

As well as supporting employees to stay at home if need be, workplaces also needed to get smarter with how they managed staff, Dr Blakely said.

Victoria's six-week renewed lockdown to contain the second wave of coronavirus infections is expected to slice $3.3 billion off the national economy.

The post about “Who is eligible for Victoria's new pandemic payments and how crucial are they to stopping the spread of coronavirus?" first appeared on the SBS Australia website.

6 Steps to Liquidate a Company in Guatemala