The next sitting fortnight of federal parliament will be cancelled due to concerns over the spread of coronavirus.

In a statement, Prime Minister Scott Morrison said he had received advice from acting Chief Medical Officer Paul Kelly regarding the risk of exposure in parliament due to the “increased community transmission of COVID-19 in Victoria and the trends in New South Wales."

“The entry of a high-risk group of individuals could jeopardise the health situation in the ACT and place residents at unnecessary risk of infection,” Professor Kelly said in his advice to the Prime Minister.

Mr Morrison said the government “cannot ignore” the risk of having MPs travel interstate to Canberra,  not only to parliamentarians, but all staff members working within the Parliament, as well as the broader community.

The question as to whether parliamentarians from high-risk states could be excluded altogether was found “not feasible nor desirable.” 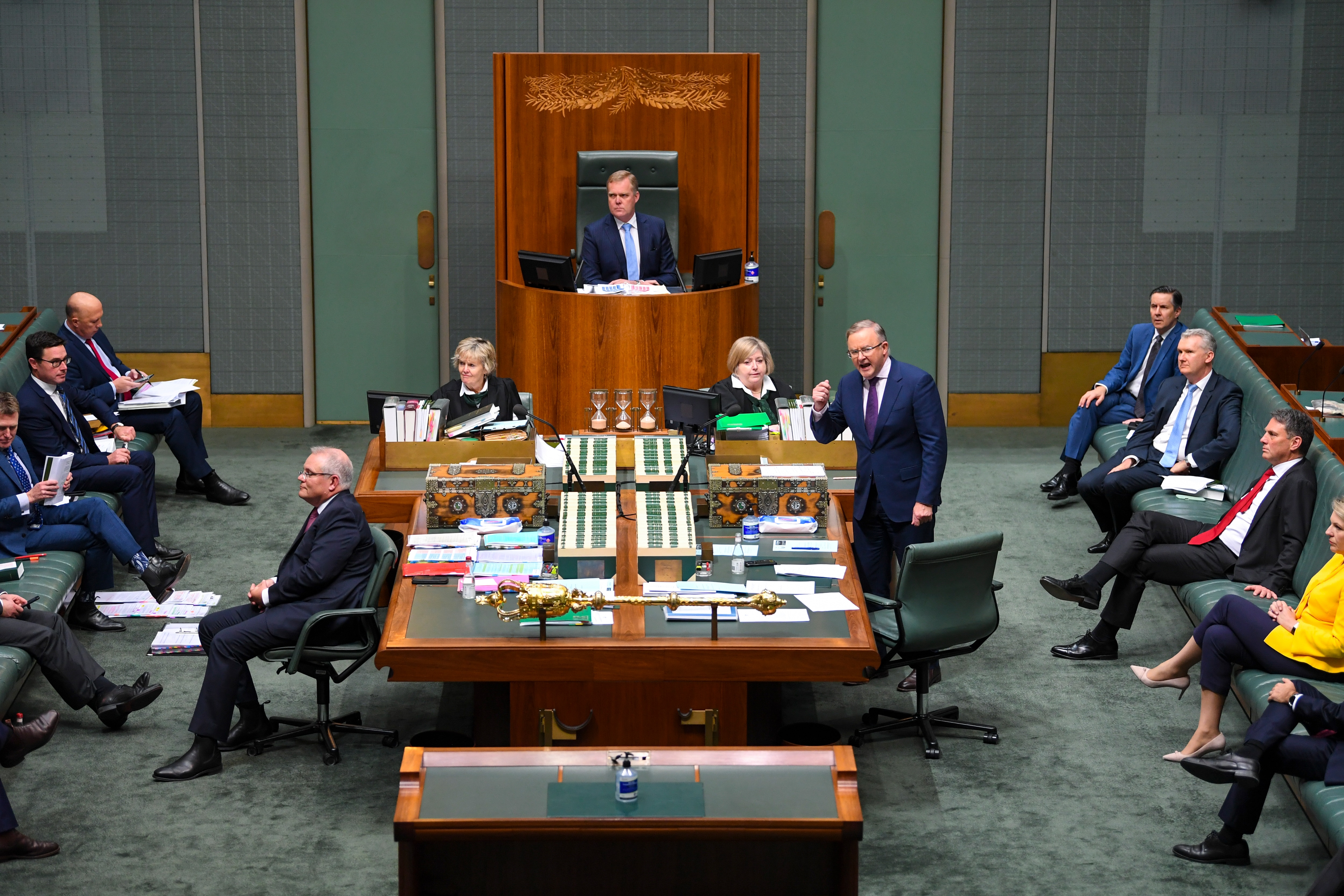 Mr Morrison also said he had consulted with the Leader of the Opposition, the Speaker of the House of Representatives and the President of the Senate about the acting CMO’s advice.

While the Opposition Leader Anthony Albanese said he accepts the Prime Minister's decision to suspend parliament,  he has criticised the lack of discussion about the decision.

“Labor has always said that we need to follow the advice by the health experts," he said.

“When it comes to this sitting though, it is problematic. Because Labor has also always argued that the government needs to be held to account – particularly because of the uncertainty that remains with JobKeeper and JobSeeker.

Mr Albanese said the government should have acted sooner in relation to JobKeeper and JobSeeker, before moving to suspend parliament.

"Had the government made its decision clear to the public before this announcement, then people would have been able to have a view as to whether the changes that will be made and announced this Thursday are up to scratch or not," he said.

The cancellation would mean that the sitting fortnight commencing 4 August would not be held, and parliamentarians would not be required in Canberra until 24 August.

The government’s economic and fiscal update will go ahead next week as planned.

During the height of the pandemic, the government suspended all sittings from March until August,  but were able to schedule limited sittings to pass some of the major coronavirus stimulus packages like JobKeeper.

Australia’s success in curbing the spread of the virus in previous months meant more sittings could be scheduled and visitors were allowed back into Parliament House.

The post about “Scott Morrison says federal parliament will be suspended due to coronavirus concerns" first appeared on the SBS Australia website.

How to Get an Argentina Business Visa as a UK Citizen