(CNN)As the coronavirus rages through Latin America, it is hitting the region's political class hard, with three heads of state and several politicians testing positive for the disease.

The situation is particularly acute in Bolivia, where Foreign Minister Karen Longaric became the ninth high ranking official to test positive for Covid-19 on Monday.

She joins a host of her colleagues -- including Ministers for Health, Economy, Justice, and the Interior -- as well as Bolivian Interim President Jeanine Añez, who tested positive last week and is currently under quarantine. 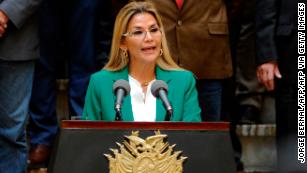 Bolsonaro, who repeatedly downplayed the coronavirus crisis, remains in semi-isolation.

Latin America became the epicenter of the global pandemic in late May. Cases in the region surpassed the 3 million mark on Monday, and contribute significantly to recent record rises in global case numbers.

Brazil has the second highest number of coronavirus cases globally, after the US, with more than 1.8 million people in the country testing positive.

Peru, Chile, and Mexico are also badly affected, and remain in the top ten list of countries with the most officially confirmed coronavirus cases.

In impoverished Venezuela, where concerns have been raised over the country's crippled healthcare system, the virus also appears to be spreading. 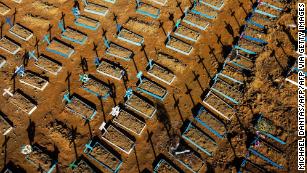 Governmental responses to the virus have differed radically across Latin America, however, the region's informal workforce and high levels of inequality are among the broad factors driving the widening outbreak.

On Tuesday, a CNN analysis of Johns Hopkins University data found that Latin America and the Caribbean had now suffered more coronavirus deaths than the US and Canada -- though the latter have still suffered more reported deaths per capita.

As a whole, the Americas reported 60% of all new Covid-19 cases in the world during the past week, and 64% of all new deaths, according to Dr. Carissa Etienne, director of the Pan American Health Organization.

During a press briefing Tuesday, Etienne said the region has reached 6.8 million cases and 288,000 deaths.

"This equates to roughly half of all cases and deaths reported around the world," she said.

Student Stories: How We’re Adjusting to the ‘New Normal’