The nation's acting chief medical officer says the sharp drop in coronavirus cases reported in Victoria does not mean the state's crisis is over.

Victoria reported 217 new infections on Saturday, half the record number announced on Friday, but with it came another three deaths.

"It certainly is not over in Victoria. We have a large, widespread community outbreak mainly in Melbourne, but also some cases appearing in the rural parts of the state," acting Chief Medical Officer Paul Kelly told reporters in Canberra on Saturday. 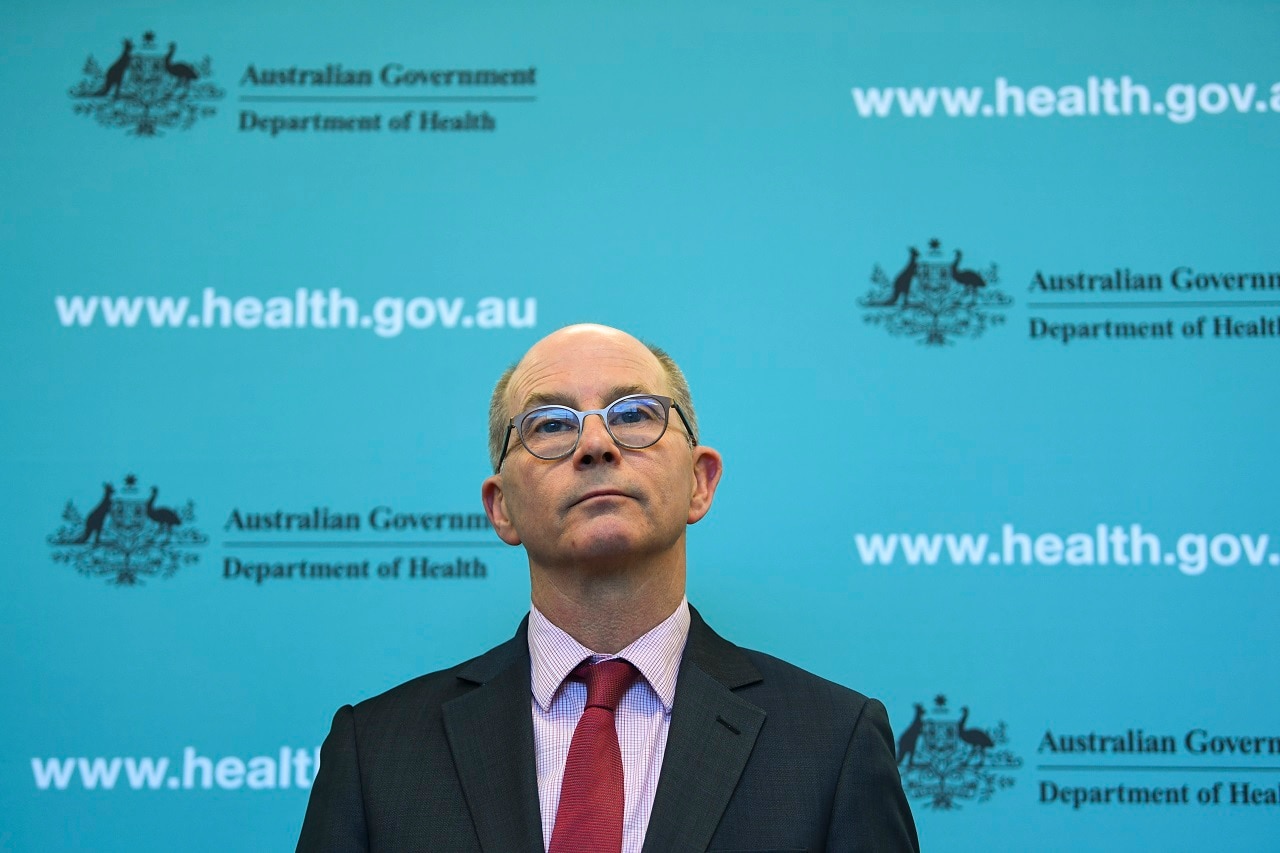 Victorian Chief Health Officer Brett Sutton said there was some relief after 428 cases the day before.

"But it is still a number that would have shocked us all a month ago, we need to remember it is still a high number," Mr Sutton told reporters in Melbourne.

Premier Dan Andrews again urged people in the lockdown areas of Melbourne and Mitchell Shire to stay at home to try to contain the spread of the virus.

"Stay at home means just that ... not travelling a couple of hundred kilometre round-trip to go for a walk at the beach, not coming into the centre of Melbourne if you live in the suburbs of Melbourne," he said.

"The stakes are very high ... Victoria Police are out there in force and they are not mucking about."

NSW recorded 15 new cases, five of which are either directly or indirectly connected to the outbreak at Casula's Crossroads Hotel in southwest Sydney.

Mr Kelly warned modelling of the reproduction rate of the virus suggests people in NSW may not be taking the impact of the virus as seriously as those in lockdown in Melbourne.

"The message to people in southwest Sydney, please be careful," he said.

The spread of the coronavirus in Victoria and worrying trends in NSW have prompted Prime Minister Scott Morrison to cancel the planned sitting of federal parliament early next month.

Acting on the advice of Mr Kelly, Mr Morrison has written to the Speaker of the House of Representatives to request that the sitting fortnight commencing 4 August be cancelled.

Parliament was due to sit from August 4 to 13 and will now not meet again until the next planned sitting fortnight starting on 24 August.

But Mr  Kelly said there will need to be substantially lower rates of community transmission in Victoria, and no worsening of the situation in NSW or other jurisdictions before he was happy with parliament gathering in late August.

Western Australia recorded three new cases - two were historical and linked to cruise ships, while the third was a technical engineer who flew in on an Emirates flight as part of a maritime crew swap. It was the 20th case identified from a 1 July flight from Dubai.

There were no new reported cases in Queensland or the ACT.

Meanwhile, Northern Territory police have processed more than 2500 people crossing the border since restrictions were eased on Friday.

Darwin Airport saw 344 arrivals on Friday from Perth, Cairns, Melbourne and Brisbane. The 53 passengers aboard the flight from Melbourne have entered mandatory quarantine at Howard Springs.

The post about “Warnings that Victoria's COVID-19 crisis isn't over despite drop in cases" first appeared on the SBS Australia website.

Student Stories: How We’re Adjusting to the ‘New Normal’