Queensland and Western Australia have urged the federal government to cap international flights arriving in Australia to ease pressure on hotel quarantine.

Queensland Premier Annastacia Palaszczuk said extreme caution should be applied when dealing with arrivals from overseas.

"We need to minimise the amount of international flights coming into Australia," she told reporters on the Gold Coast on Tuesday.

WA Premier Mark McGowan wants a cap of about one international flight every three days landing in Perth.

There are more than 1100 people spread across five city hotels in the WA capital.

"We need to slow down the flow so we can manage it appropriately," Mr McGowan said.

New Zealand is limiting returning travellers due to limited space in hotel quarantine after an increase in the number of people wanting to come home. 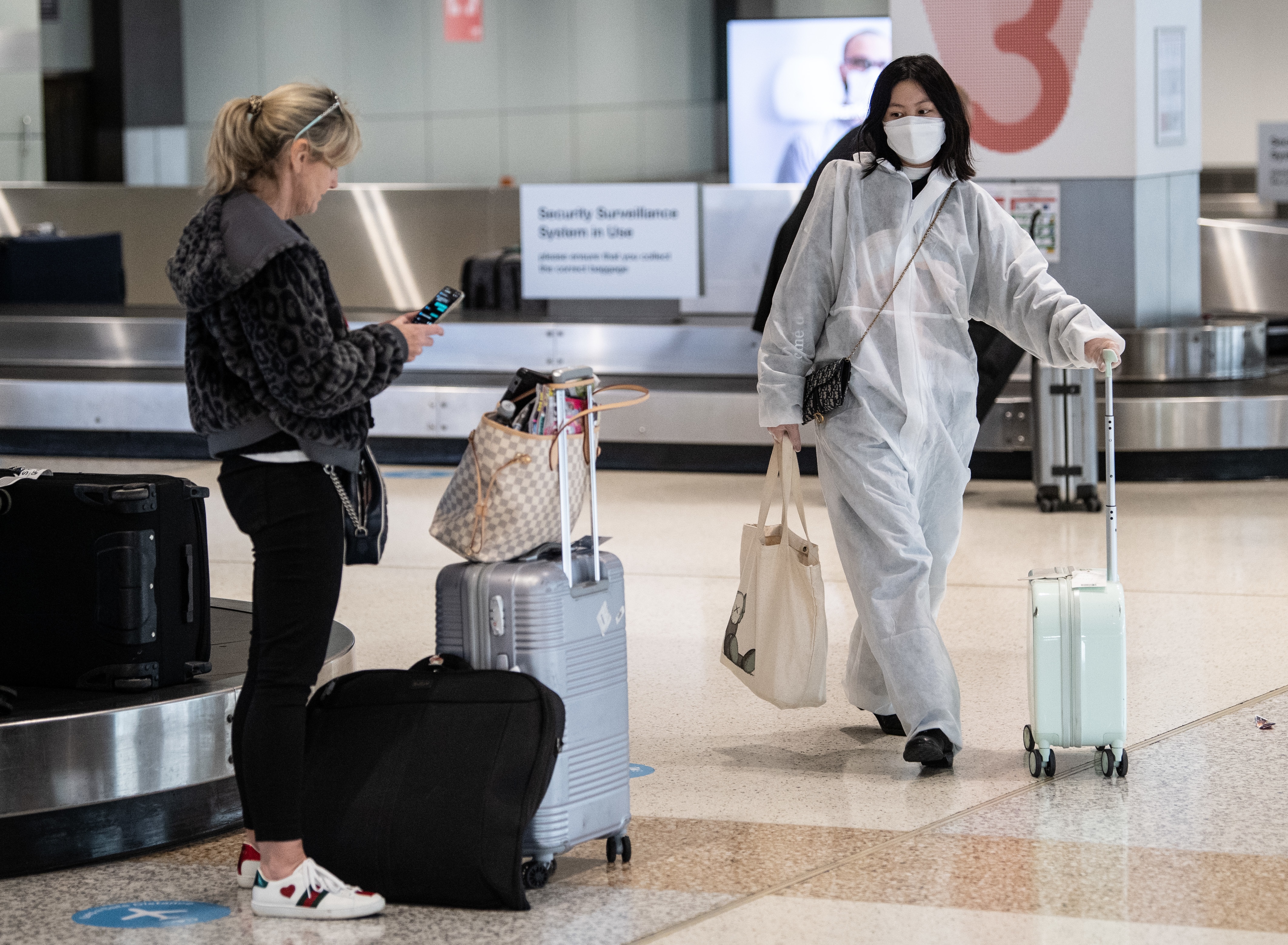 A passenger wearing a protective suit and mask collecting baggage after arriving on a flight from Melbourne at Sydney Airport, 2 July, 2020.

The Victoria-NSW border is set to close at midnight on Tuesday with cases surging in Melbourne.

Permits will be issued to people who need to cross the border for work or health care.

He said the focus would be on helping Victoria trace every coronavirus case and containing the spread.

But Australian Industry Group chief executive Innes Willox said the closure would pull the rug out from under the economic recovery and spark chaos.

"The border closure puts up a Berlin Wall between our two biggest states which represent more than half our national economy, and cuts in two our country's main economic artery," he said.

"It is a sledgehammer approach when what is required is focused strategy that is community and hot-spot based and not based on arbitrary borders that split communities."

Victorian authorities recorded 127 new coronavirus cases on Monday, while two men died in the state to take the national toll to 106.

Nine public housing towers in Melbourne are in complete lockdown with 53 confirmed cases among them.

Federal Labor MP Peter Khalil, who grew up in public housing, said the lockdown added to disadvantage experienced by residents.

He wants all levels of government to work together in order to reform the public housing system.

"That means it's so much more important now that, even with mild symptoms, people actually go and get tested," he told the ABC.

"It's still going to be a problem with people going to hospital and getting very sick with coronavirus disease, so no-one should underestimate the impact of COVID-19."

The post about “Queensland joins WA in push for international flight cap amid Melbourne virus spike" first appeared on the SBS Australia website.