Brazil and Argentina are monitoring the movements of a large swarm of locusts, which has been eating its way through crops in the region.

The insects, which can cover a distance of 150km (93 miles) in a day, have already travelled from Paraguay to Argentina and it is feared Brazil and Uruguay could be next.

Brazil has told farmers to be alert to the possible arrival of the locusts.

Where did the swarm come from?

The swarm originated in Paraguay and crossed into Argentina on 21 May.

The insects have already moved through the Argentine provinces of Santa Fé and Formosa, where they caused damage to crops of corn, sugar cane, wheat and oats.

The swarm is currently in Corrientes province and the authorities there said that they had managed to reduce its size through fumigation. 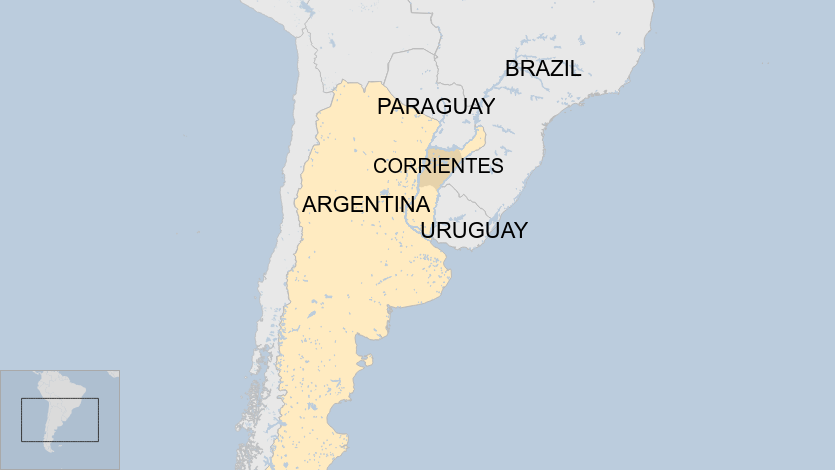 Corrientes borders Brazil and Uruguay and both countries are monitoring the swarm's movements closely.

A cold weather front has made the locusts lethargic, so they have moved little in the past days, officials from Argentina's food safety body Senasa said.

Nevertheless, a phytosanitary state of emergency is in effect in the two southern Brazilian states of Rio Grande do Sul and Santa Catarina.

Argentina and surrounding countries are no strangers to swarms of locusts. Most recently, there were large swarms in Argentina in 2019 and 2017.

The post about “Argentina and Brazil crops threatened by locust swarm" first appeared on the BBC News website.

To engage in the latest trends, developments, and opportunities in agribusiness, aquaculture, and food across Australia and Latin America, join our community at Agribusiness & Food Group.