The NSW government has offered the first glimpse inside the new nine-kilometre, $3 billion NorthConnex tunnel just months ahead of its opening.

Transport Minister Andrew Constance on Monday indicated the tunnel, originally slated to open late last year, would be operating in the next two months. Final works were now being carried out.

Lighting displays featuring native birds and trees are dispersed throughout the tunnel.CREDIT:RHETT WYMAN

“They need to make sure it's right before they stick a car in it ... it’s not years off now it’s just a month or two,” Mr Constance said.

The tunnel, which reaches depths of 90 metres in parts, winds its way beneath north-west Sydney to connect the M1 Pacific Highway to the M2, avoiding 21 traffic lights.

Mr Constance said no toll-free period would be offered in its first few weeks of operations because “infrastructure has got to be paid for”.

Cars will pay tolls of more than $7 for driving on NorthConnex, while trucks will be charged $23.70. Like those for the M2, the tolls will rise at 4 per cent a year or the rate of inflation, whichever is greater.

Lighting displays featuring native birds and trees are dispersed throughout the tunnel to keep motorists engaged during the drive.

“It's based on the European experience with long tunnels and it’s designed to maintain the concentration of drivers,” Mr Constance said. “If you think of a nine-kilometre tunnel looking at the same concrete walls, it’s designed to actually alert drivers and keep their minds engaged with the driving in front of them.” 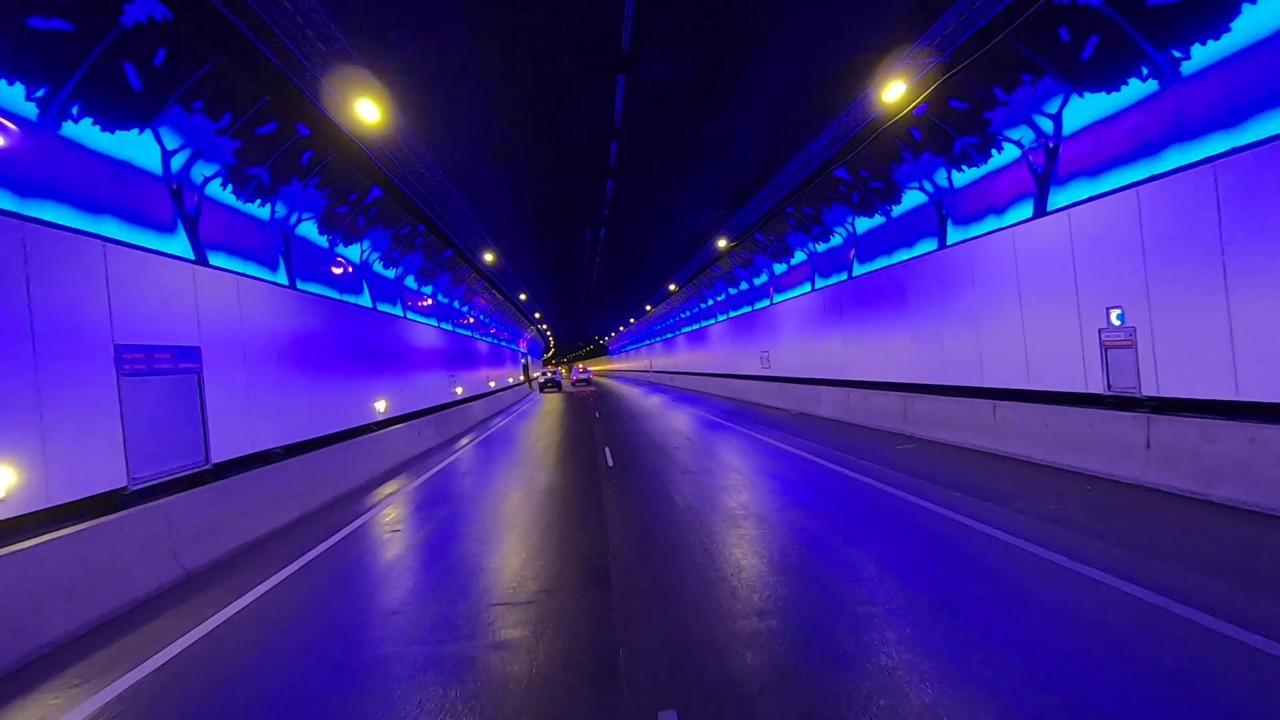 An end to end drive through of the new NorthConnex tunnel. Vision: NorthConnex

Prime Minister Scott Morrison said the project was evidence of infrastructure spurring the economy through the COVID-19 crisis by creating 8700 jobs.

“Infrastructure will be a key to jobs as we grow out of the COVID-19 recession,” he said.

Premier Gladys Berejiklian said the NSW government had managed to maintain all government-based construction jobs through the coronavirus lockdown.

Trucks will be fined for attempting to avoid the new toll road, Mr Constance said.

“Why would you go and build a tunnel if you’re going to have trucks not use it, that’s why we put the penalty in place,” he said.“Think about the wear and tear on trucks stopping at 21 traffic lights above ground, think of the time savings ... we are going to see billions in dollars uplift economically as a result of the time savings associated with NorthConnex.”

The new tunnel will take 5000 trucks off local roads, according to the state government.

To engage in the latest trends, developments, and opportunities in infrastructure across Australia and Latin America, join our community at Infrastructure Group.