By Ernesto Londoño and Mariana Simões

RIO DE JANEIRO — The coronavirus was taking root in Latin America when President Jair Bolsonaro of Brazil startled the medical community with a claim: A miracle drug was on hand.

“God is Brazilian, the cure is right here!” the president exclaimed in late March to a throng of supporters. “Chloroquine is working everywhere.”

Since then, the virus has ripped through Brazil. More than 41,000 people have died — Brazil has now passed Britain and has recorded more fatalities than any country other than the United States — and the daily death toll is now the highest in the world, bucking the downward trend that is allowing other major economies to reopen.

Experts point to Mr. Bolsonaro’s rejection of the emerging scientific consensus on how to fight the pandemic — including his promotion of unproven remedies such as chloroquine and hydroxychloroquine — as one of the factors that helped tilt the country into its current health crisis. 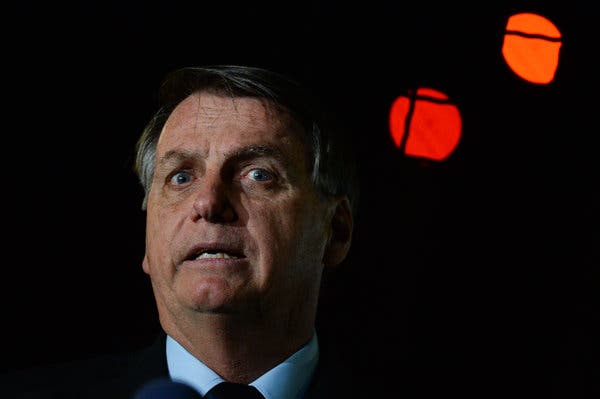 President Jair Bolsonaro of Brazil has largely rejected the emerging scientific consensus on how to fight the pandemic.Credit...Andressa Anholete/Getty Images

Mr. Bolsonaro ordered the armed forces to mass produce it in the military’s pharmaceutical laboratory and ordered a large supply of the drug’s ingredients from India.

“Decisions are being made not based on evidence and empirical data but rather on anecdotal reports,” said Denise Garrett, a Brazilian-American epidemiologist who worked at the Centers for Disease Control and Prevention for more than 20 years. “Bolsonaro invested a huge amount of money into an action that has not been proven to be effective at the expense of increasing testing and contact tracing.”

Between February, when Brazil identified its first coronavirus case, and June, when Brazil’s coronavirus caseload topped 828,000, lagging only behind the United States, the country had months to learn from other nations that had been ravaged by the virus and prepare for the pandemic.

Instead, Mr. Bolsonaro has led the country down what health experts call a perilous path: He sabotaged quarantine measures adopted by governors, encouraged mass rallies and repeatedly dismissed the danger of the virus, asserting that it was a “measly cold” and that people with “athletic backgrounds,” like himself, were impervious to serious complications.

Earlier this week, Mr. Bolsonaro’s administration stopped disclosing comprehensive coronavirus statistics, leaving Brazilians without an official tally showing the trajectory and scope of the outbreak. The data was restored after the Supreme Court ordered the ministry to resume publishing it.

Under his tenure, decisions about medical and scientific protocols became measures of political loyalty. As the coronavirus crisis worsened, Mr. Bolsonaro leaned on the health ministry to embrace widespread use of chloroquine and hydroxychloroquine, straining his relationship with the two physicians who have served as health ministers. One was fired in April and the other one lasted less than a month on the job. 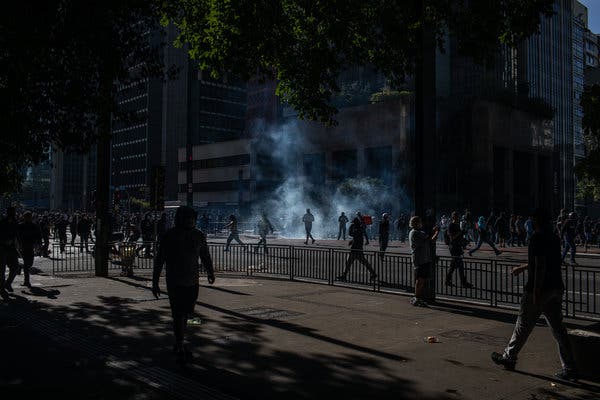 A protest against Mr. Bolsonaro last month in São Paulo.Credit...Victor Moriyama for The New York Times

Their successor, an active duty general with no medical experience, agreed to issue guidance encouraging doctors to prescribe the drug widely for Covid-19 patients.

Chloroquine and Hydroxychloroquine are both anti-malaria drugs but they have distinct secondary uses; hydroxychloroquine also treats lupus and rheumatoid arthritis. Both drugs are among the pharmaceuticals being studied as potential remedies for Covid-19, but neither drug has been approved as a reliable treatment for Covid-19 patients.

The United States Food and Drug Administration warned against use of the two drugs in Covid-19 patients outside of hospital settings because they can cause heart problems.

Margareth Dalcolmo, a prominent pulmonologist and researcher at Fiocruz, a government agency that does health care research in Rio de Janeiro, said Brazil’s embrace of the drug set a dangerous precedent — and is hampering the necessary research.

“Today chloroquine became a political panacea, which is harmful for science,” she said in an interview. “What we have, as I see it, is an unfortunate politicization of pharmaceuticals”

The controversy over hydroxychloroquine has also reverberated outside Brazil.

In mid-May, President Trump said he had begun taking the drug as a preventive measure, which generated consternation among doctors.

Later that month, the White House announced it was donating two million doses of the drug to Brazil so it could be used “to treat Brazilians who become infected.” 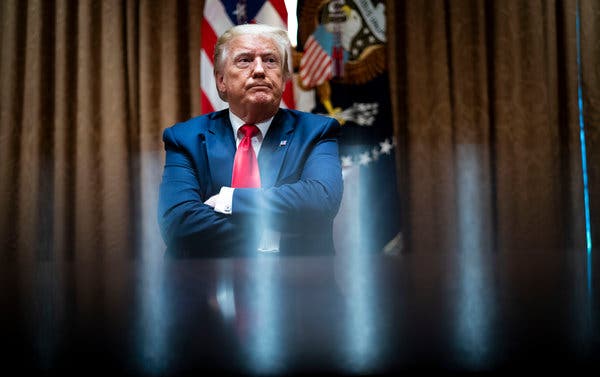 President Trump said last month that he has been taking the drug as a preventive measure.Credit...Doug Mills/The New York Times

Representative Eliot Engel, the New York Democrat who chairs the House Foreign Affairs Committee, called that decision appalling. “It’s irresponsible that President Trump and Jair Bolsonaro have put politics over science,” he said in a statement on Twitter.

Studies into the drug’s uses continue. Earlier this month, the first carefully controlled trial of hydroxychloroquine found the drug does not prevent the disease in people who have been exposed to a sick patient.

Also, a prominent medical journal, The Lancet, took the rare step of retracting a widely-read study earlier this month that found the drug could be dangerous in Covid-19 patients. The study, which was withdrawn after its underlying data was called into question, led doctors to halt some clinical trials.

In Brazil, the battle over hydroxychloroquine began in March as doctors were preparing for a crush of patients and testing a variety of drugs based on treatment protocols that had shown promise in other countries.

Marcelo Kalichsztein, a prominent pulmonologist in Rio de Janeiro, began prescribing hydroxychloroquine to coronavirus patients soon after they developed symptoms, along with the antibiotic azithromycin and a zinc supplement. He did so having found the research of the French microbiologist, Dr. Didier Raoult, persuasive. But Dr. Raoult’s research was discredited, and the scientific group that published it said later that the paper had not met its standards. 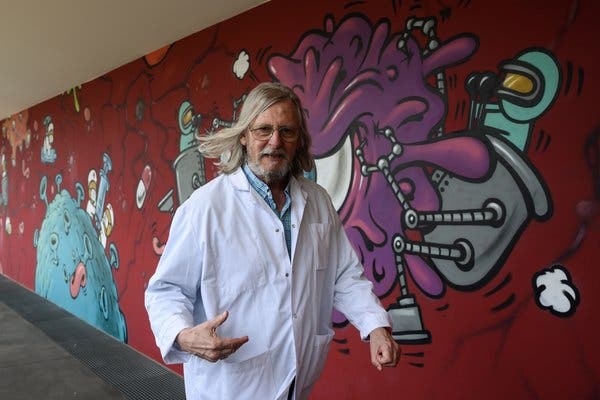 The French microbiologist Didier Raoult’s research into hydroxychloroquine as a potential treatment for Covid-19 has been subject to criticisms over methodology.Credit...Christophe Simon/Agence France-Presse — Getty Images

“This is a brand-new disease and we don’t have a silver bullet,” Dr. Kalichsztein said. “We were all searching for a medication that would stop the virus in the very first stage.”

Dr. Kalichsztein, who contracted the virus in early April and took hydroxychloroquine, said the treatment had been effective in preventing the disease from reaching an inflammatory stage among more than 100 patients whose care he oversaw.

Doctors began sharing their experiences with the drug and tips on how to mitigate the risk of heart complications in Zoom meetings and group chats on WhatsApp.