A recent statement from China’s education bureau warned Chinese students about studying in Australia due to “racist incidents” during the COVID-19 pandemic.

Such statements and further moves from China’s education agents threatening to redirect students towards international competitors such as the United Kingdom, can negatively affect Australia as a study destination.

Australia’s universities are already reeling from the loss of international students due to COVID-19.

They too have, mostly, positive things to say.

#BREAKING China's Education Bureau issues its first warning this yr, telling Chinese students to weigh up the risk of choosing to go to Australia to resume study when universities recommence around July. It cites both risk of COVID & 'racist incidents targeting Asians' in Aus. 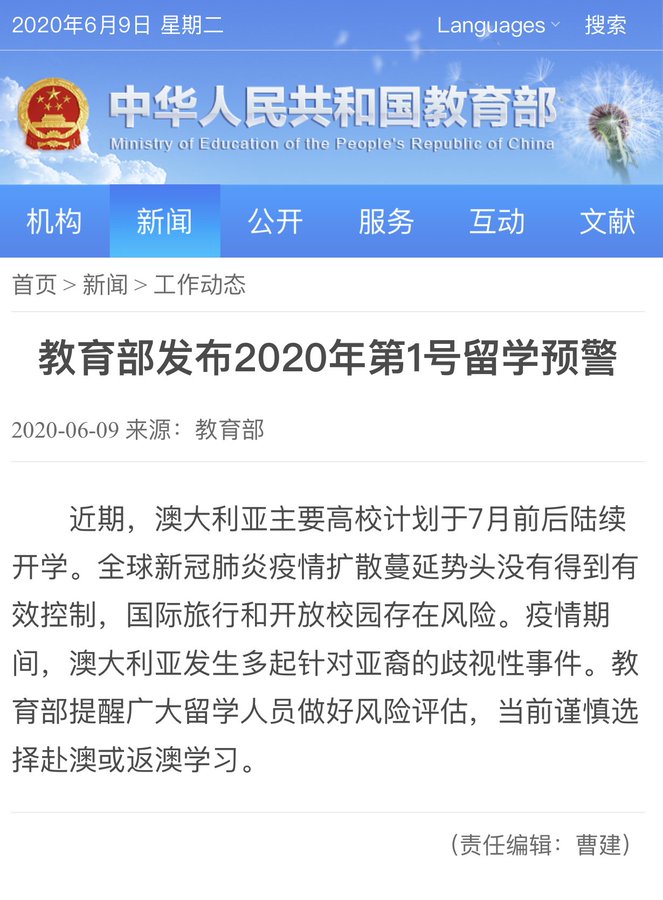 207 people are talking about this

Here are three things they believe Australia should know as we plan our recovery.

1. Australians must be more welcoming

Negative experiences of international students are more dangerous to long-term recovery than border closures and flight restrictions. At a time of increased unemployment and pessimistic economic forecasts, we risk anti-foreigner sentiment growing.

Students I spoke with reported this was already happening. One student from Peru said he had “had quite racist comments like ‘go back to your country’”. Another, from India, spoke at length about part-time jobs now being “offered only to Australian citizens. I was told not to even bring in a CV”. 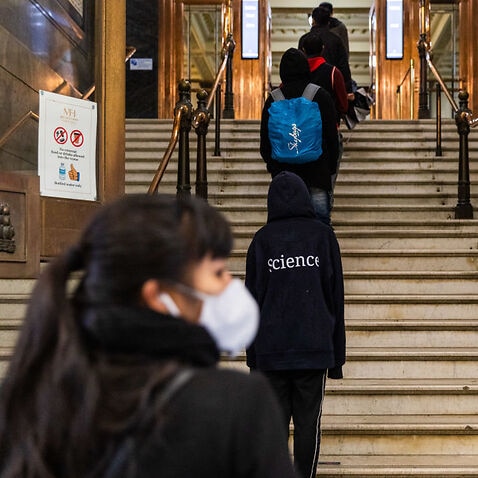 On 4 April, the prime minister called for temporary visa holders to “go home” if they couldn’t support themselves.

Each student I spoke with said this was the point in time when they went from feeling a part of their community, to feeling unwelcome.

At last count, Australia had 720,150 international students enrolled in its tertiary institutions.

One Indian student told me: "I have seen a rise in anti-Chinese sentiment and anti-Asian sentiment. I have seen my Japanese flatmate have abuse yelled at her on the street. Calling her a “filthy Asian” and things like this."

"Definitely, there is a growing anti-immigrant sentiment here," the student said.

"The talk from people in the Australian government that we should be “getting our jobs back for Australians” is constructed in a way to inherently disadvantage people like me, or immigrants.

"Because it is government policy it will infiltrate across the country and it’s hard to tackle that on an individual level."

Each student suggested Australia’s reputation as a welcoming, safe and diverse place was what was going to shape how parents and prospective students made decisions about where to study after the crisis.

The students I spoke with are looking to integrate into local communities as a central part of their overseas experience. They felt they contributed to various parts of Australian society – as tourists and volunteers.

And many played an active role in promoting Australia and their city internationally.

Daniel, from Peru, is based at a regional Queensland university. He volunteers with a local men’s mental health organisation.

He’s taken over the weekly Spanish language program on the local radio station and, until the shutdown, worked part-time at a bar and volunteered with a research program measuring local water quality.

He said: "Something I have learned here is about a sense of community, about being kind to others. I love Australia and the people I have met so far. Once all this is over, I will go back to my home country and teach them about what I have learned here."

3. The government needs to signal its support through clear policy

International students want clear policy responses and acknowledgement of the valuable role they play in Australia.

Australia’s flattened curve undoubtedly works in our favour, giving us an advantage over the United States and the UK.

However, the government’s support and welfare may shape how parents and prospective students make future decisions.

Clear policy responses matter now. They offer a signal to students – current and future – that Australia recognises the importance of international students, and they are a welcome and supported part of our communities.

An example is Australia’s reluctance to guarantee international students will not be penalised from being eligible for a Temporary Graduate Visa if studying online. This visa allows graduates of Australian universities to stay on and work, and is essential to attracting students. Currently, students are restricted around the amount of offshore study they can do to be eligible. Australian universities urge students to do their own research, rather than heed China's racism warning

Canada made such an adjustment early on, announcing international students could complete 50 per cent of their study online without it impacting their eligibility to eventually apply for a post-study work permit.

One Indian student told me: "I don’t think Indian students will be deterred from their goal to study abroad and to better their lives. But a lot of where they decide to do this depends on how the government reacts and responds."

"A lot of students are probably going to start looking at Europe and Canada as a better destination because of the policies they have. Canada has been doing a great job at protecting its international student community."

International students value human connection and their expectations and contributions extend beyond the lecture hall. They are looking for responses and a recovery strategy that acknowledges this.

Angela Lehmann is an honorary lecturer at the Australian National University's College of Arts and Social Sciences.

She is also affiliated with The University of Xiamen, China where she is adjunct assistant professor in the department of sociology and social work. She works with The Lygon Group, an international higher education consultancy.