Australia's economic output could fall by 6.3 per cent this year if there's another wave of coronavirus cases, a key global economic body warns.

But even without a second wave, the Organisation for Economic Co-operation and Development says Australia's gross domestic product will still fall by five per cent this year, with severe and long-lasting consequences.

The federal government should consider what support might be needed once the existing measures ends in September, such as strengthening the social safety net and investing in energy efficiency and social housing, the OECD said.

Education, training and improving job search programs should be focused on getting unemployment down, it added. Expanded loan guarantees and accelerated insolvency processes could result in a more dynamic recovery, the organisation said in its latest economic outlook.

States and territories have begun easing restrictions with no resulting surge in cases, so far.

But there's another week to go before it's known if the virus spread at mass anti-racism protests across the country last weekend.

The government has said it's unlikely broad restrictions will be applied if there's another outbreak of cases, and its strategy will focus on local containment areas.

The OECD said a second outbreak could be smaller in Australia than elsewhere, due to the nation's geography and continued restrictions on international travel.

Strong fiscal support is warranted in the context of the #COVID19 pandemic, but it has consequences. 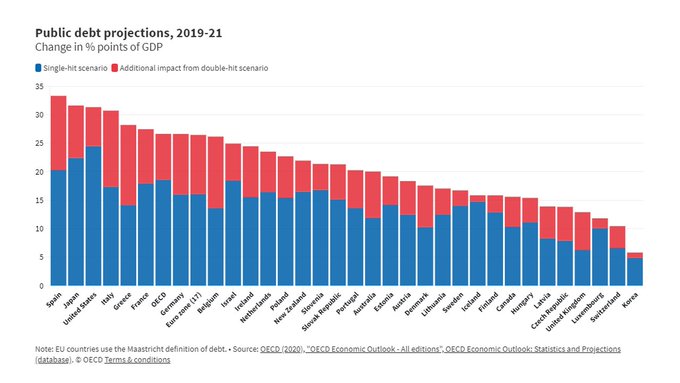 “Extraordinary policies will be needed to walk the tightrope towards #recovery." 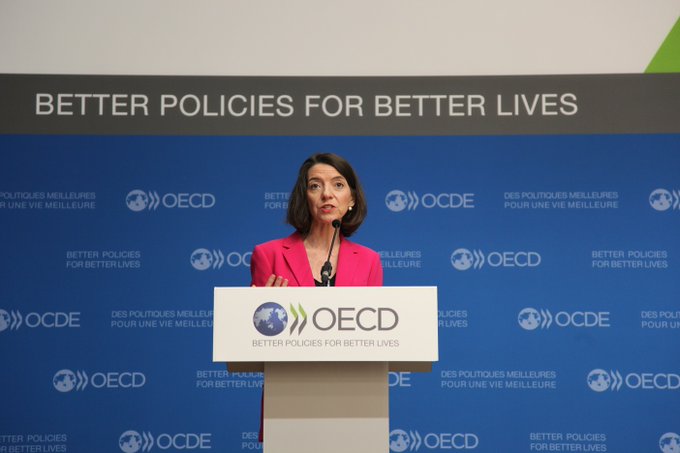 16 people are talking about this

The report acknowledged the virus had hit Australia's economy at a time when investment was already weak and the impact of severe drought and devastating bushfires were being felt.

This led to a 0.3 per cent drop in growth in the March quarter, prompting the government to warn Australian is now in a recession given another fall is expected in the June quarter data, due later this year.

An economic recovery could be faster if consumer sentiment rapidly rebounded, the OECD said.

But a key risk to its outlook is high levels of household debt, as well as a downturn in the housing market.