Maritime unions want every seafarer on board a coronavirus-infected livestock ship docked in Fremantle to be tested for COVID-19 as the federal and state government battle over who is responsible for the ship.

At least six of the 48 multinational crew of the Al Kuwait have tested positive to coronavirus, and six WA port workers who boarded the ship after it arrived on Friday afternoon are in isolation.

WA Premier Mark McGowan says he expects more crew will test positive and he wants the vessel to set sail as soon as possible. 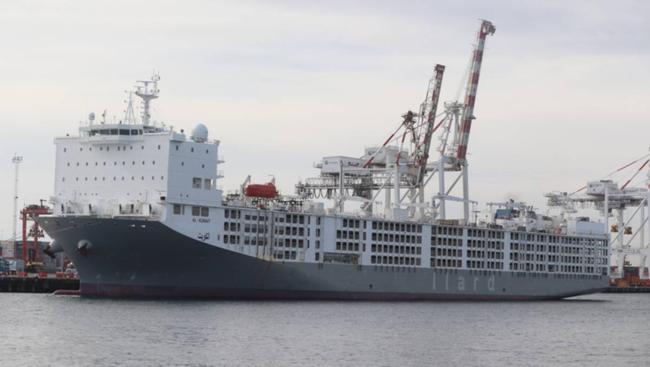 “Make sure that the highest priority is their welfare, not to get the ship away from the wharf,” Mr Summers told ABC radio on Wednesday.

Federal Agriculture Minister David Littleproud said the ship would not be able to return to the Middle East before the June 1 northern summer live export deadline, which was implemented last year after the Awassi Express mass sheep death scandal.

He said the “independent regulator” - his own department - may grant an exemption.

“As far as I know, they’re ready to sail,” Littleproud said.

“That can only happen after two things, firstly, there’s a deep clean of the boat, and crew are healthy enough to do that.”

The WA government complained on Tuesday the federal Department of Agriculture failed to advise Fremantle Ports Authority that some of the crew were unwell while the ship was en route from the United Arab Emirates.

But Littleproud said an email was sent to the generic address for WA’s Public Health Emergency Operations Centre, the established protocol set out by the state government, on Friday morning.

“It wasn’t until the Monday (when) health officials from WA boarded the boat and started to test,” he said.

The post about “Serious concerns for Aussie workers stuck on virus ship after embarrassing communication fail" first appeared on the 7News website.