The planet prepares at different speeds to return to the new normal after the crisis of the COVID-19 pandemic, which according to some leaders and experts has figuratively pressed the reset button in the world to force us to change trajectory and focus on health and safety.

Australia begins to relax its measures to return to a normality, which will be totally different from what we know. For example, in Sydney the buses seem to be almost empty, but their capacity limit is 12, while for train cars it is 32.

The more than two million people that move in the city of Sydney to go to work or to study will have to look for other alternatives and it seems that the traffic of vehicles will be hellish. The bicycle will be an alternative to public transport, as well as walking, although many workers who have been forced to telecommute cherish the idea of ​​continuing like this.

Safe Work Australia recommends that a physical distance of at least 1.5 meters be maintained, while in a given space, there should be 4 square meters per person, where possible.

The Commonwealth Bank, for example, is one of the large companies that had sent 80 percent of its workers home during the COVID-19 pandemic, equivalent to 20,000 people. These will begin to return to their positions, while those who are already undergo temperature controls upon arrival at their offices. This is part of the new normal.

Westpac Bank, which has sent 22,000 workers to telecommute, is also working to securely return its employees to offices, a spokesperson for this financial institution told local network ABC.

Social media giant Twitter says it is unlikely to open its offices before September and will also continue to allow its staff to work from home permanently.

"We will decide on the opening of the offices, but our employees will decide when they return or if they do. The last few months have shown that the dynamics work. Our employees are in a situation that allows them to work from home and they want to continue doing so. We will that happens, "Twitter said in a statement.

Companies are weighing ways to manage their teams.

A change in work culture

Organizational psychologist and consultant Rachel Setti says that new attitudes and structures are the way of the future.

"I think the most significant change will be the attitude towards telecommuting. Most organizations have done an exceptional job preparing their staff to work from home and remotely almost overnight. A strategy that may have taken 5 years it took about 2 weeks "

Therefore, I think we are more likely to see a negotiation around agreements to work in the office and from home, "said Setti.

Hot-desks - shared workstations and equipment - were implemented in workplaces decades ago to make the most of staff, machines, and space.

Setti believes that this practice is likely to be revised.

"My hunch is that it will be reviewed and re-examined (this option) because we know that sharing keyboards and desks has many drawbacks from a hygiene perspective."

Safety and hygiene is an issue on employers' minds and in fact supermarkets and hardware stores like Bunnings have already put plastic protectors on the boxes.

Experts say hand sanitizer should be permanently available near elevators and entry areas such as hospitals.

Likewise, employers should expect more "sickies" due to a change in attitude, in which staff will avoid going to the workplace when they feel unwell.

Previously, a person forced himself to go to work due to the pressure of finishing a job even if he was ill, but the culture in general has changed and as an example there is the rain of criticism against the head of the Treasury office, Josh Frydenberg, who appeared before the Parliament of Canberra to present an economic report and he coughed without stopping. 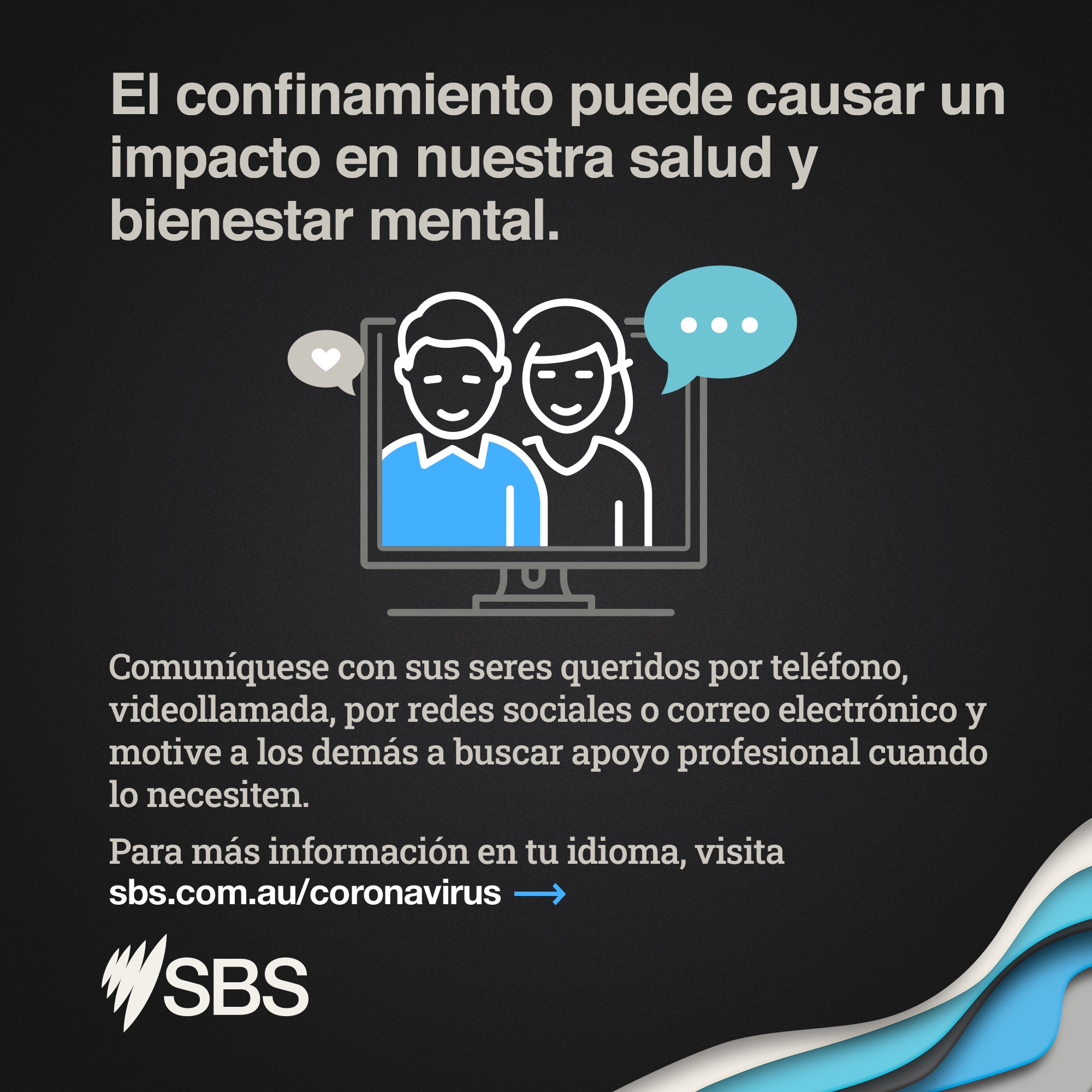 The expert said that the coronavirus suddenly gave us access to tools to work from home and it will probably be more common for "a sick person to call their boss and tell him that I am working from home, I will connect, I am available but I feel a little evil".

Setti considered that this will force employers to rethink their spaces and their work dynamics.

The expert considered that we are facing "an unprecedented opportunity to change her culture towards a more attractive environment."

On the other hand, Tica Hessing, an expert in human geography and a rental consultant at Cushman & Wakefield, told ABC that her company has developed a concept called "Six-foot office", which includes stickers on the floor to mark the distances of 1.5 meters between each desk and work cubicle, as well as red arrows for the movement of staff in a clockwise direction.

Workers also have sneeze protections in their plan.

"It is not about the physical work space but also helping to change the behavior of people in the workplace," he said.

Restaurants, cafes, bistros, bars, and pubs are also beginning to reopen their doors with restrictions on seating. These premises are obliged to impose strict protocols and at the moment, depending on the state or territory, it is not possible to serve more than ten or twenty people behind closed doors at the same time.

The Yagan Square store in Perth was a very busy place before the coronavirus and after the closure, it reopens with many restrictions, in addition to the limits on customer service.

Its general manager, Justin Lim, told ABC that the restaurant setup has been redesigned to ensure social distance between diners and staff.

Also the staff will take the temperature to the clients as well as to their workers.

The new situation at home

In the new normal, children return to school, a limited number of visits are allowed, and general hygiene has improved.

He also found that almost all Australians have incorporated at least one new health precaution measure into their lives.

"In April, online spending was 110% more compared to a year ago, so there are clearly large increases in online spending: People are currently buying groceries in bulk."

“What COVID could do is make online food shopping the norm. People can see how easy it is, so online shopping is likely to become a bigger part of retail spending and it is growing at a faster rate than before COVID started, ”he said.

A breather for the environment

Biologists are working hard to try to repair the damage caused by coral bleaching in the Great Barrier Reef, because there are no tourists.

Dr. Leanne Morrison, an environmental researcher at RMIT University, believes that confinements have given the natural world a chance to recover from high levels of pollution.

"COVID-19 has shown us that we can indeed make important changes in our way of life in a very profound, very radical and rapid way. A little space has been given for the natural world to take a breather"

"We are going to have a huge drop in carbon emissions this year - there are projections that it will be the biggest drop we have seen to date. We would have to continue making those reductions for at least 5 to 10 years in the future if we want to achieve carbon neutrality, "stressed Leanne Morrison.

This situation is new for everyone, for companies, for institutions, for managers who must come out to show their faces, and for the authorities. Right now, part of that sustainable protocol is a gesture protocol. Gestures are essential today and they will be in the future, writes Santiago Sánchez Regadera, Professor of Protocol and Event Organization, Camilo José Cela University, in an article in The Conversation.

“The physical distance, although our Latin character makes it difficult, is going to have to last in time beyond confinement. This is where gestures come in. New gestures, since before we used to communicate what we cannot transmit now. A hug should be replaced by another gesture, but it should show the same affection. A smile with a mask is not seen, but we must show otherwise the complicity and admiration, "he said.

“Another point that would make the protocol sustainable and that it is time to give it the importance it deserves is society. It is important to work towards a new social protocol, understood not as the old rules of courtesy, but as the one that gives prominence to the representation of all the sensibilities that we live in in this country. It is the time, in addition to giving it the importance that the most disadvantaged groups also have, starting, as a starting point, with those most affected by this crisis, ”Sánchez Regadera stressed.

With information from The Conversation, Marcus Megalokonomos of SBS News and ABC.

The post about “Physical distancing marks the post-pandemic “new normal” in Australia" first appeared in the SBS en Español website.