Western Australia’s government is continuing to resist opening up the state’s north despite the coronavirus tally remaining static.

Three active cases remain in WA, where some regional travel has been approved under phase two of the state’s economic recovery plan.

Perth residents are now free to holiday down south but places such as Exmouth, Kalgoorlie and Esperance are still severed from the capital, while the entire far-north Kimberley region remains shut off from the rest of the state.

We need to be careful about how quickly and widely we open up our intrastate borders.

Movement between the Kimberley’s four local government areas is now allowed but the loss of visitors has had a heavy toll on tourism operators, which had only recently emerged from being closed during the wet season.

Seventeen people, including 10 health workers, have contracted coronavirus in the region but it has been more than three weeks since any cases were active.

The region’s large indigenous population is considered particularly at-risk due to high rates of other health problems including diabetes. 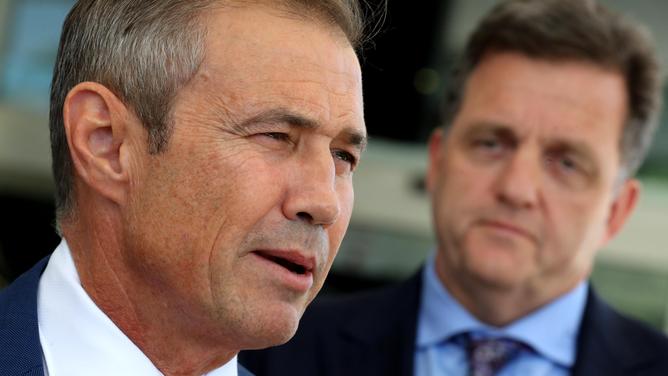 “We remain concerned about the vulnerability of remote Aboriginal communities and other vulnerable population groups,” health minister Roger Cook said on Tuesday.

“They need to be foremost in our minds when we consider the opening up of the intrastate borders. It’s important to protect those people.

“Getting this stream of zero cases each day really strengthens our resolve to (allow greater travel) as soon as possible.”

Phase three of WA’s economic road map could come into effect as early as June 8 but Mr Cook said further travel changes were unlikely to be made all at once.

“I think we need to really be careful about how quickly and how widely we open up our intrastate borders,” he said.

“We want to be able to bring those tourism locations back on stream, back online, as quickly as possible but we have to do so in a steady, graduated way.”

The state government’s plans to test some asymptomatic school students for the coronavirus have been held up by issues with the ethical approval process, with Mr Cook saying he hoped the scheme could start next week.