Queensland authorities feared thousands of coronavirus infections would emerge every day after a sick nurse continued to work at a nursing home in Rockhampton.

Officials have been unable to determine how 42 of the cases, including the Rockhampton nurse, contracted the virus.

"They're the cases that worry me," Chief Health Officer Jeannette Young said on Monday.

"This is why we cannot assume we have beaten this virus — we haven't.

"It is unlikely that we will, ever," she said.

Health Minister Stephen Miles has revealed the scale of the emergency authorities were braced for in North Rockhampton.

"We were preparing for thousands of positive cases every day," he told the ABC on Tuesday.

Two investigations are underway after the nurse kept showing up for work at the North Rockhampton Nursing Centre while she had symptoms and before she received coronavirus test results.

Remarkably, none of the hundreds of residents and staff from the centre have returned positive tests since the drama emerged last week, nor has anyone else the nurse had contact with in the community.

But they face ongoing tests, every four days, until the two-week incubation period has passed.

"Certainly I thought that there would be positive results in that first batch," Mr Miles told ABC radio.

"But it is too soon to be relieved. We need to keep monitoring the situation." 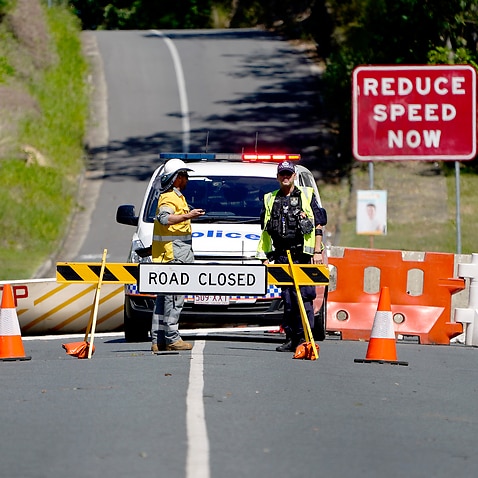 The government sent a rapid response unit to the city when it learned about the situation.

A team of 26 nurses arrived from Brisbane on Monday, to ensure everyone linked to the sick nurse has appropriate care as they serve time in isolation and endure new rounds of tests.

Parliament will consider new legislation on Tuesday to strengthen the government's response to coronavirus.

That could include giving itself greater powers to force tests on anyone who spits or coughs on frontline responders.

The state's emergency health declaration, due to expire today, is also expected to be renewed for another 90 days.