Australia's international education lobby is calling for a travel ban exemption for international students coming into the country as long as health authorities give it the all-clear.

"International education is Australia's fourth-largest export industry which generates nearly 240,000 Australian jobs and is a key revenue source for public universities and many other private education providers," he said.

"This dynamic industry brings in close to $40 billion as well as numerous soft power diplomatic benefits.

"We have to do as much as we can, within the health guidelines, to open this industry back up for Australia's future." According to Mr Honeywell, reopening borders to students could also put Australia in a strong position against Canada, the US and the UK for future overseas enrolments.

"If Australia can ensure we've opened borders according to our health advice by early next year, we will be in a very good competitive position," he said.

"Particularly as Australia is being seen by key student source markets such as China as having contained the virus far better than our northern hemisphere counterparts.

"That would really give Australia somewhat of a step up on the competition in this industry." 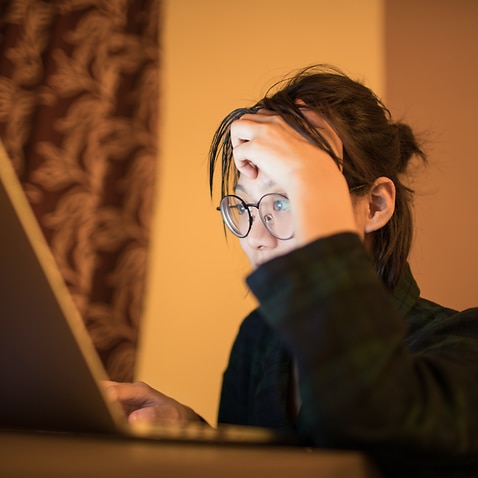 What coronavirus support is available for international students in each state and territory?

During an interview on the ABC's Insiders program on Sunday, Federal Education Minister Dan Tehan suggested the government would consider easing the restrictions for students "down the track" to assist universities to recoup lost revenue.

"International students generate huge employment in Australia, upwards of 250,000 jobs. So yes that is something we would look at," he said.

"The first thing we have to do is get our university campuses here open for domestic students and those international students who are here now." Scott Morrison maps out Australia's path back to work

Universities Australia chief executive Catriona Jackson said institutions would be ready to reopen their doors for both domestic and international students but insisted they would only do so if medical authorities said it was safe.

"Universities are certainly keen to welcome students back to Australia when it is safe to do so but the borders at the moment are firmly shut," she said.

"Obviously universities are planning for eventualities because you can't just turn these things on a five-cent piece, you need to be able to plan and ensure that all the ducks are in a row.

"We stand ready to accept international students in as soon as medical authorities say it is safe to do so but they certainly aren't yet and we aren't expecting anything like that in the short term." Ms Jackson said getting students back on campus soon would still not ease the impact the coronavirus outbreak has had on the sector.

"We estimate universities in Australia will take a revenue hit of $3 billion to $4.6 billion just this year," she said.

"That is a lot of money. That is very hard for any institution to deal with and we suspect there will be as many as 21,000 job losses as a result.

"Without further action from the government, those figures will really take a toll on universities in Australia." Ms Jackson said a return to on-campus teaching would likely follow a staged approach as permitted by medical advice.

"We know students are very keen to come back to campus and we have been in close consultation with health authorities to make it happen," she said.

"It may be the case where students who need to work in labs could be the first allowed back and that could work as a testing ground for opening it up further for other students.

"However, none of this happens if we don't get the OK to do so from health authorities."

The post about “Calls grow to give international students an exemption to the Australian travel ban" appeared first on the SBS Australia website.