A Melbourne meat-processing facility is at the epicentre of a growing cluster of cases in Victoria, as the state fights to keep the economy afloat.

After a few days with low rates of new infections, 45 cases have been linked to the outbreak at the Cedar Meats facility in Brooklyn.

The first case at the abattoir was identified on April 2, according to The Australian.

The department of health told the paper the worker in question had not been at work while infectious, so the workplace was not considered an exposure site. The Cedar Meats facility in Brooklyn, Melbourne is linked with 45 cases of coronavirus.

The second case linked to the workplace was diagnosed on April 24 and it wasn't until April 29 that the department took additional actions, including testing all staff.

Up to 11 of the 17 new cases of COVID-19 confirmed in Victoria on Tuesday were connected to the cluster of infected workers.

The new cases announced on Tuesday brought the state's tally so far to 1423 although only 112 are active.

"The increase in cases illustrates once again that while we have been flattening the curve, our battle against COVID-19 is far from over," Victoria's Chief Health Officer Professor Brett Sutton said.

Premier Daniel Andrews is set to maintain all social distancing restrictions until May 11 based on expert advice.

The national cabinet will meet on Friday to discuss national guidelines to relax these measures. Patients line up at the Royal Melbourne Hospital for coronavirus testing.

To obtain more detailed information about whether Victoria should follow other states and lift some of these restrictions, the government is aiming to achieve 100,000 tests in two weeks.

The blitz testing has seen 55,000 people tested so far.

Meanwhile, the state government continued unveiling financial aid that has scuttled hopes of a 2020/21 budget surplus.

"Essentially, the state will be running deficit positions. I don't think there's much surprise about that," Treasurer Tim Pallas said on Tuesday.

On a day when he was meant to deliver Victoria's now-delayed budget, Mr Pallas also revealed an extra $491 million in virus relief measures. 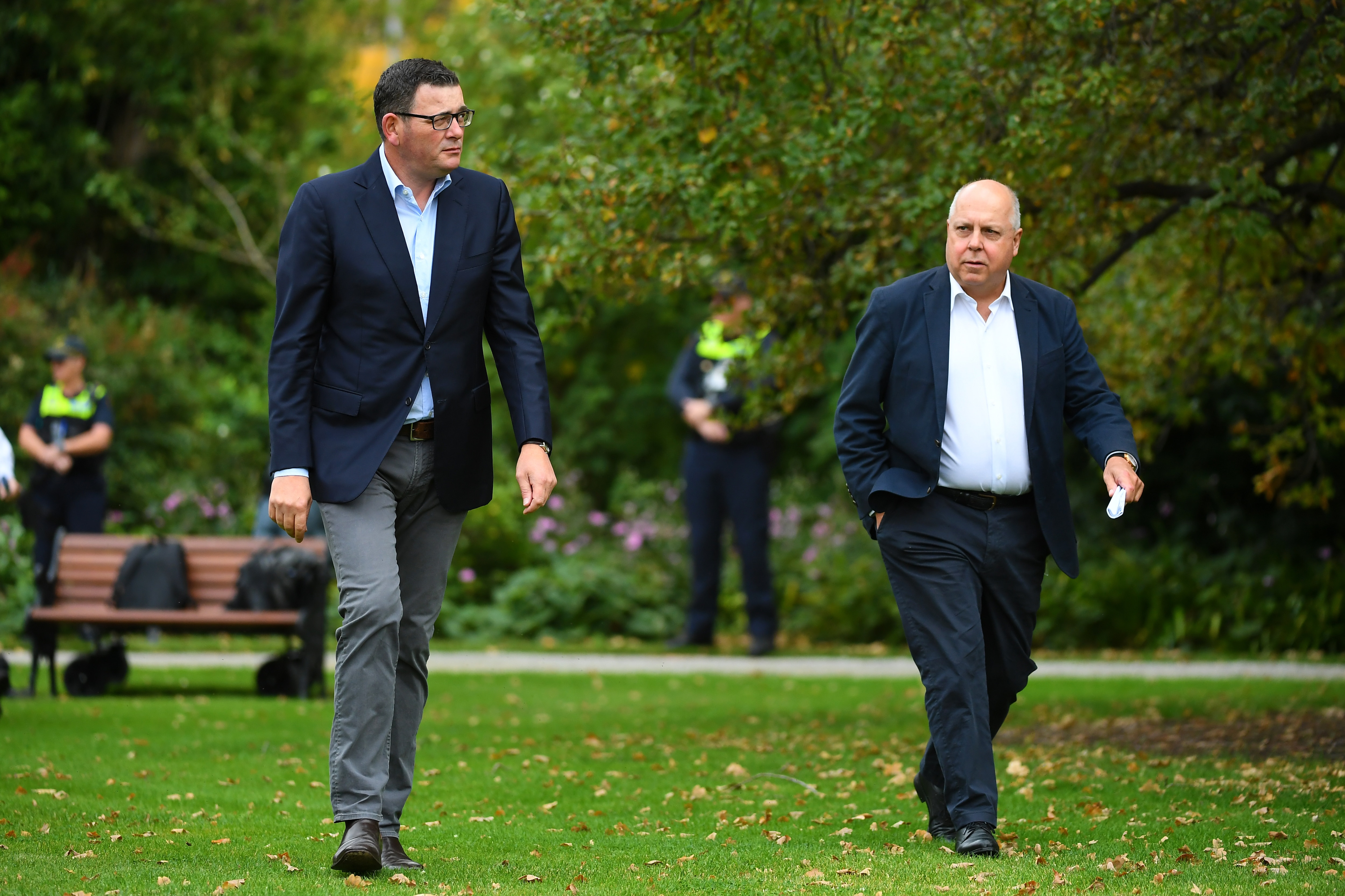 Businesses participating in the federal government's JobKeeper scheme will be exempt from payroll tax, at a cost of about $225 million to the state.

They also won't have to pay WorkCover premiums on payments to their employees if their staff are currently stood down, costing the state about $200 million.

Victoria's Public Accounts and Estimates Committee has begun a public inquiry into the Andrews government's response to the pandemic.

The post about “First case linked to Melbourne meatworks coronavirus cluster was identified a month ago" appeared first on the SBS Australia website.