The operator of a western Sydney aged care home where 11 residents with COVID-19 have died expects more fatalities in the coming days, with the facility running as a "pseudo" hospital in an attempt to manage the outbreak.

The Anglicare-run Newmarch House reported five deaths in just over 24 hours this week, with chief executive Grant Millard saying the facility had been warned to expect difficult days ahead. A security guard speaks with people arriving at the Anglicare Newmarch House in Western Sydney.

"To see them dying so quickly in these circumstances despite best medical care and attention that's being given to them, it's still a situation of significant and deep trauma," Mr Millard told ABC News on Wednesday.

"We do anticipate more deaths."

Mr Millard said there are 81 residents still living at the Caddens facility.

Some 20 registered nurses, 25 carers, 11 cleaners and a GP are working daily at the nursing home, where 34 residents and 22 staff members have tested positive to COVID-19.

"(It's) really running as a pseudo of a hospital at the moment," Mr Millard said.

Residents have been isolating in their homes since the outbreak on 11 April, with Anglicare working to connect them with family members via mobile phones.

Other employees have been tasked with helping residents who cannot use mobile phones to connect with their family, with Mr Millard saying it's "sincerely regrettable" those calls have not been happening frequently enough.

"You need to appreciate that some people you are bringing in for these services are not clinicians, they're not used to wearing personal protective equipment," he told ABC News.

"It's a very dangerous place for people to be working."

The facility is looking into window therapy, in which residents can communicate with family members and receive therapy through a window.

NSW Premier Gladys Berejiklian on Wednesday said it was "distressing" communication between family members of Newmarch House residents and operators Anglicare was lax. 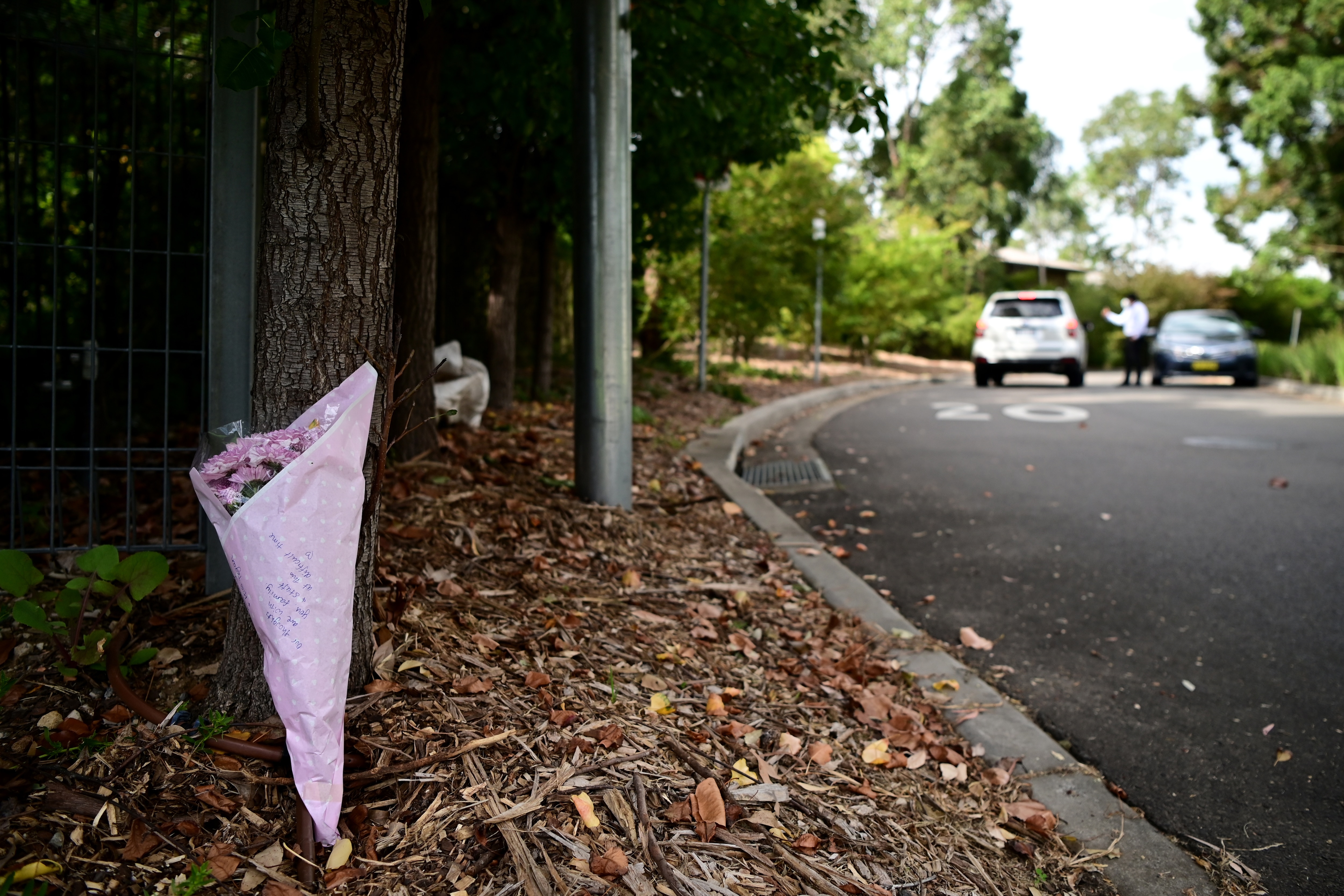 Flowers left outside the Anglicare Newmarch House in Western Sydney.

The premier said the lack of communication was a "huge issue" given the fear and distress felt by family members and residents of the home.

"We say to the operators of that aged care home, you need to lift your game in communicating to loved ones," Ms Berejiklian told reporters on Wednesday.

"It's not acceptable to keep people in the dark. Just put yourself in the shoes of those people - it's horrific to be fearful about, firstly, potentially losing a loved one, but then not knowing what's going on and not being able to offer that care."

Infectious disease clinicians are assessing the situation at the facility daily, while staff who helped manage a coronavirus outbreak at Dorothy Henderson Lodge aged care home in Macquarie Park have also been called in to help.

NSW chief health officer Dr Kerry Chant said a report on the Newmarch House outbreak will be prepared and shared with families before its findings are made public.

Anglicare said the virus was introduced to the Caddens facility by an employee who worked for six consecutive days while suffering very mild respiratory symptoms.

The post about “Premier tells Sydney nursing home to 'lift its game' after 11 coronavirus deaths" first appeared on the SBS Australia website.