Major Sydney beaches, including Bondi Beach, have been closed after thousands of people were photographed flouting social distancing advice aimed at slowing the spread of coronavirus.

Sydney's Waverley Council closed Bondi, Bronte, and Tamarama beaches on Saturday afternoon after New South Wales authorities announced lifeguards would now be directed to shut any beach where more than 500 people were gathered.

Shortly after that, Randwick Council said it would close Maroubra, Coogee and Clovelly beaches for the day on Sunday.

People flocked to Bondi Beach on Friday despite health advice to remain 1.5 meters away from others and to stay home when possible, prompting outrage on social media and from politicians.

Mr. Hunt urged the public to take government health advice seriously, echoing earlier statements from NSW and Victorian authorities, and called on local councils to step in to ensure compliance.

"If you are breaking those rules, you are not only putting yourself but the rest of Australians at risk," he said. 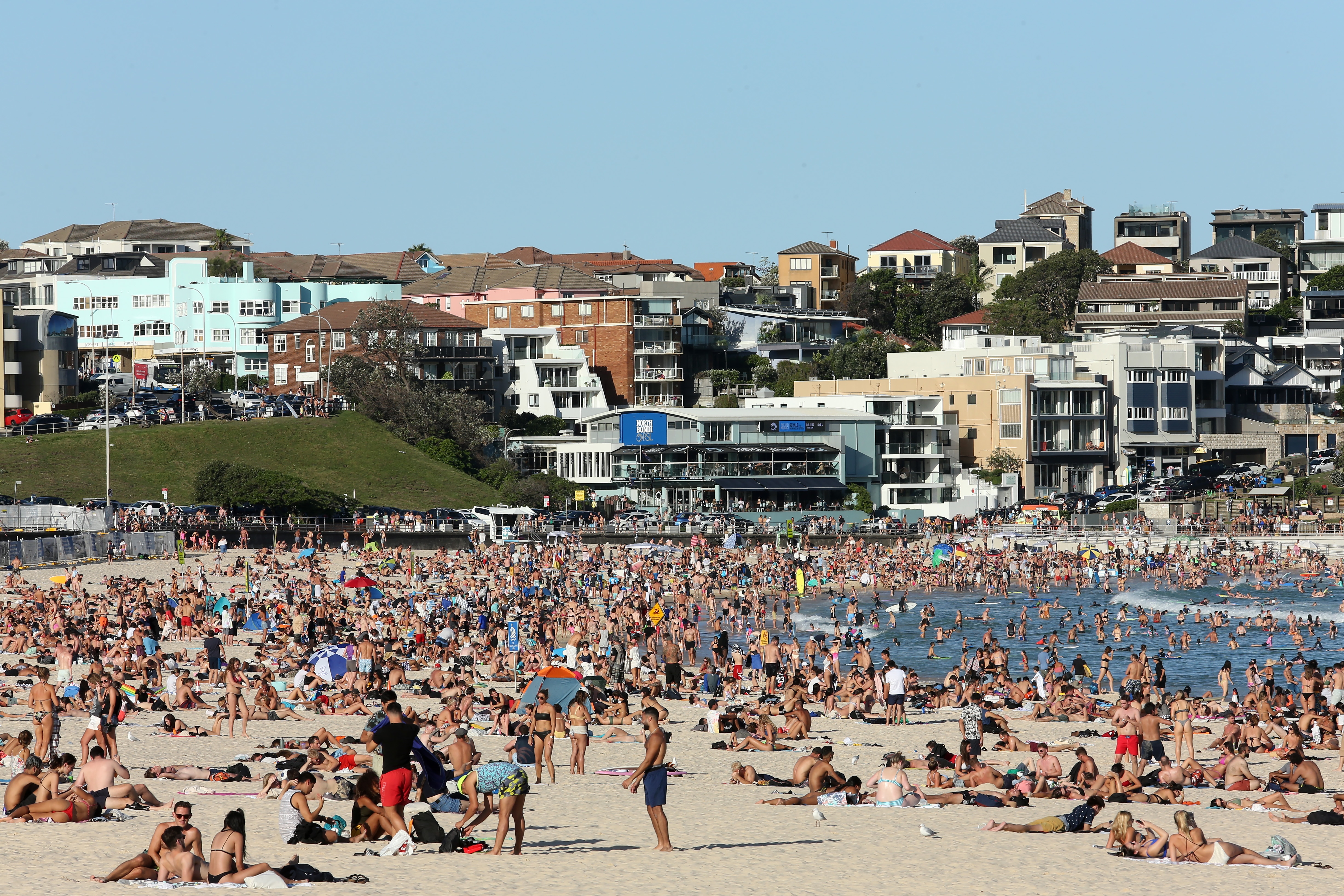 If people did not comply with Surf Life Saving instructions, police would have the power to remove them, he said.

"This is not something we are doing because we are the fun police ... we want to save lives," Mr. Elliot said. "The photos we saw this morning were a clear breach of the laws."

Waverly Council Mayor Paula Masselos also weighed into the issue after photos of the beach went viral, pleading with people to "stay at home" if possible.

"We all have a role to play in preventing the spread of COVID-19 and I am frustrated that people continue to ignore health advice about social distancing, as observed yesterday at Bondi Beach," she said.

Victorian Premier Daniel Andrews criticized the beachgoers for pretending the coronavirus pandemic "isn't real" on Saturday, as he announced an additional 51 COVID-19 cases in the state.

He also used the opportunity to urge people to take social distancing advice seriously, declaring there is "no joking about this".

"If you are in any doubt how serious this is, turn your TV on and have a look at what is going on in other parts of the world."

Australia recorded it's seventh COVID-19 related death on Friday after an 81-year-old woman died in NSW. The woman had been in close contact with a confirmed case linked to Ryde Hospital, state health authorities said.

Cases have also been reported in all other Australian states and territories: 67 in South Australia, 90 in Western Australia, 10 in Tasmania, nine in the Australian Capital Territory and at least two in the Northern Territory.

Coronavirus symptoms can range from mild illness to pneumonia, according to the Federal Government's website, and can include a fever, coughing, sore throat, fatigue and shortness of breath.

As of Saturday morning, only people who have recently traveled from overseas or have been in contact with a confirmed COVID-19 case and experienced symptoms within 14 days are advised to be tested.